Climate change is being defended by a new generation of diverse yet like-minded campaigners who have taken upon themselves to call out everything that’s wrong with the world, unapologetically.

Such courage is felt in Lauren Ritchie’s Instagram posts, both in her personal account and in @theecogal, a colorful repository of systemic issues we must address (and how to address them). It’s refreshing to see intersectional activists who represent the movement wholeheartedly, without the political-correctness that has held us back from openly talking about the global climate crisis.

Lauren — a 19-year-old Bahamian student of Sustainable Development and Political Science — is part of a troop of Gen-Zers from around the world, interconnected through social media. On Twitter and Instagram, you’ll begin to notice a collegial interaction between her and other content creators and activists —@ajabarber @toritsui_ @mikaelaloach @greengirlleah @aditimayer @browngirl_green— complementing and amplifying each other’s posts in a sort of exquisite corpse of intellectual reckoning that serves as instructions for Baby Boomer politicians under pressure to clean up their mess. When Lauren isn’t online putting into practice what she’s learned in life (and at Columbia University where she studies), she does it in the real world she’s fighting to save through the Caribbean Student Association, the Columbia College Student Council and Black Girl Blueprint, a podcast sharing accomplishments of Gen Z Black girls in a variety of fields. 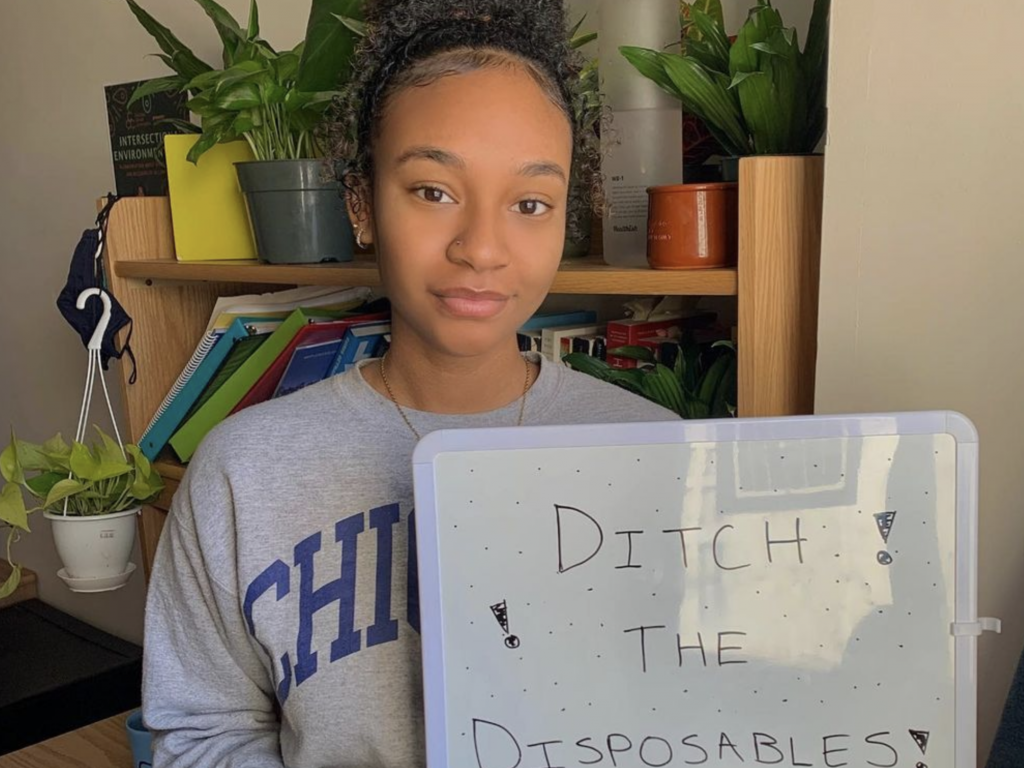 One could say that Lauren felt her calling from her crib — but not precisely in a charming and picturesque way. “My most memorable climate-related experience was enduring Hurricanes Frances and Jeanne on Grand Bahama in 2004,” she says. “I was only three years old at the time, but I can vividly remember hiding in the closet because I was scared of the roaring winds and being able to feel our apartment building swaying back and forth.” At the time, these were some of the most devastating climate-related crises the island had ever faced. “I think this experience was so important to me because the fear that I felt in those moments is part of the reason why I want to fight so hard to work on climate action and prevent others from feeling the same thing.”

Some people retreat into safety after encountering trauma, but Lauren went full-on into the eye of the hurricane, promoting global climate and social justice, choosing to protect her country at an age when responsibilities are usually disregarded.

“Grand Bahama Island has borne the brunt of climate impacts in the form of extreme natural disasters for the past four years and will continue to be susceptible to shifts in the climate for many years to come without the resources to adapt appropriately,” she says.

Her solution requires heavy lifting: a systemic change that rocks the foundations of the broken one that’s currently operating. If it’s not broken, “it’s functioning exactly how it was designed,” she added, which perhaps is even scarier than accepting its failure, an apparent reality for Lauren, who’s proud of highlighting oppressive systems and inequalities across many fields. “I want these important conversations to continue to be held, for BIPOC voices and stories to continue to be amplified, and, most of all, I am ready to see some action. It is not enough for governments and companies to acknowledge these issues without actually doing anything to resolve them.”

Grand Bahama island has always been known to be one of the sunniest places globally, and Lauren has made sure to use that light and shine it onto aspects of climate change we don’t talk about enough. “We definitely don’t speak about the intersection between disabilities and mental health with climate change nearly enough! Individuals with disabilities are at far more increased risk of the adverse impacts of climate change, including threats to their health, food security, water, sanitation and livelihoods. The same applies for individuals with mental health concerns as it can also be much more difficult for them to receive access to the necessary resources to adapt to climate change, particularly when it comes to natural disasters.”

Lauren could be doing anything, rather than putting all her energy into dismantling the status quo. But if there was any doubt that she dedicates all her time to the environmental cause, it was quickly dispelled this semester when she joined the Columbia University Earth Institute and Lamont Doherty Earth Observatory as an intern. How she finds the space to accomplish all of her activities baffles us. When Lauren told us she also organizes panels on Intersectional Environmentalism through the Columbia Climate Conversations events, we almost couldn’t believe it. But then we remembered as every eco-warrior knows, time is of the essence.