A scientist's quest to understand the ecological impacts of ocean deoxygenation

Not only is it completely dark 1,000 meters deep at the bottom of the ocean in the Gulf of California, but it’s almost completely devoid of oxygen.

Environments like these may resemble bare moonscapes. And while it’s accepted knowledge that anoxic environments can hardly host life, two new species — a catshark (Cherublemma emmelas) and cusk eel (Cephalurus cephalus) — were described in 2018 as low-oxygen extremophiles.

At these depths, tiny invertebrates were anticipated encounters during deep sea research expeditions. But before 2018, these oxygen-poor areas in the ocean were considered inhospitable to fish.

Thanks to a Remotely Operated Vehicle (ROV) roaming the ocean floor, we now know that not only do the catsharks and cusk-eels live in these low-oxygen zones, but they actually thrive there. It appears to researchers including Natalya Gallo, a postdoctoral scholar at Scripps Institution of Oceanography in San Diego, that these fish are specifically adapted to the marine zones. Therefore, Gallo and her research team proposed a new term for the extreme specialists discovered – ligooxyphiles – or lovers of oxygen poor conditions.

Gallo’s research findings have enabled science to better understand small organisms in the ocean and how much oxygen they need to survive; or in this case, how surprisingly little oxygen they need for survival. Her ocean research also has implications that involve climate change, ocean policy, potential for deep seabed mining, and other resource extraction possibilities.

Gallo’s work necessitates boat travel on the ocean’s surface and piloting robots that scan the seafloor. New technologies, like the ROV, can travel to unexplored places and suck specimens through a vacuum tube for study in labs back on shore.

“It’s an underwater robot… so it’s got a tether, it’s got an umbilical cord so it’s actually attached to the ship,” Gallo describes. “And the ship is specifically designed to work with this ROV. So in the middle of this ship there’s a moon pool, and it gets deployed kind of through this moon pool…”

Using the camera located on the deployed ROV in transit, Gallo watches demersal fish communities, captured live on video, back on mothership R/V Western Flyer. She sits in a dark room that allows researchers to acutely observe visual details transmitted from the ocean floor.

“Underwater you kind of really see quite beautifully how this whole head region is really filled out and quite circular just to make room for more surface area in the gill arches. And of course that’s one of their adaptations, one of their superpowers that allow them to live under these really low-oxygen conditions,” Gallo says. 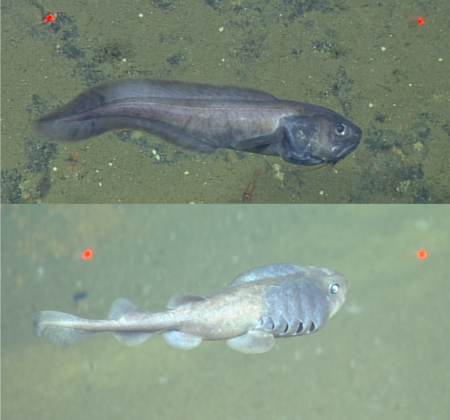 Its large head, beholding gill arches, is circular. And from it a thin body extends like a stick – so the organism earned the nickname lollipop shark from researchers. When the lollipop shark, or catshark, specimen is examined out of the ocean in the lab, its head collapses and the body appears gelatinous.

While watching them underwater, from the ship where she can breathe oxygen offered via air, Gallo controls and focuses the camera, while also recording her observations in a notebook. A human pilot directs the high-tech ROV, and another one controls the manipulator arm when it’s time to capture a catshark specimen living 1,000 meters below, using a suction hose.

“It’s almost like an avatar, really,” Gallo describes of the ROV. “It can get us down there and do things that the human body can’t do.”

Part of Gallo’s research includes a method of comparing natural gradients, like varying oxygen levels, which differ naturally across the planet’s oceans. While some variables can be controlled and studied in a lab, it’s hard to replicate nature perfectly. As the ROV moves across the ocean floor and records varying oxygen levels, Gallo can observe and record how fish community structure changes alongside that variable. This is how she discovered a significant density of fish congregating where oxygen concentration is extremely low.

“The best way to put it is absolute awe,” Gallo explained of the first moment she observed the fish in places she never expected.  “Imagine if all of a sudden, you saw someone levitate. That is the level of awe I experienced as the ROV moved over hundreds of these cusk-eels thriving in an environment that should be lethal for fish.”

While the catshark and cusk eel are surprisingly specialized to low oxygen areas, most well-studied and understood fish are large, and also, the species we depend upon for food. Tuna are highly oxygen dependent for both travel and metabolizing.

As the climate continues to change, planet Earth faces a long list of symptoms related to temperature increases and high concentrations of carbon dioxide. As the ocean becomes warmer, it loses oxygen. At the same time, the ocean is coping with high concentrations of carbon dioxide from the atmosphere, which, when absorbed by the ocean’s surface, makes the ocean more acidic – hence the term ocean acidification. All of these changes to ocean temperature, chemistry and oxygen levels impact the organisms that call the marine environment home.

Deep sea exploration technologies are evolving quickly. In a paper published earlier this year, Gallo explains a new technological advancement: a hand-deployable nanolander. While the ROV is expensive, large and high tech, this nanolander is small, robust and affordable. The nanolander is essentially a mini-robot equipped with sensors and cameras. Gallo says that it can be deployed for three weeks at a time; the new technology may allow exploration of deep sea areas off coasts of countries that traditionally have minimal access to scientific funding and innovation.

As the climate changes during the Anthropocene, humans that compose companies are pushing further offshore to explore and exploit new resources, like the potential for deep seabed mining and mineral extraction.

There is much more to learn about oxygen levels, catsharks and cusk eels in the deep sea, as robotic avatars and future innovations take us deeper. They are introducing us to new unidentified and fascinating creatures, like ligooxyphiles.

Demersal fish: Groundfish that live along the seafloor. Many species, like groupers, are exploited and eaten by humans, so their populations may be in decline.

Anoxic: An environment with a lack of dissolved oxygen.

Catshark: A bottom-feeding fish family; a newly discovered one has been termed a lollipop shark by postdoctoral scholars with the California Cooperative Oceanic Fisheries Investigations, at the Scripps Institution of Oceanography.

Cusk eel: A group of fish different from true eels, that frequently are demersal and burrow into sediment of the seafloor. Now, some are known to survive in areas with very low oxygen concentration. 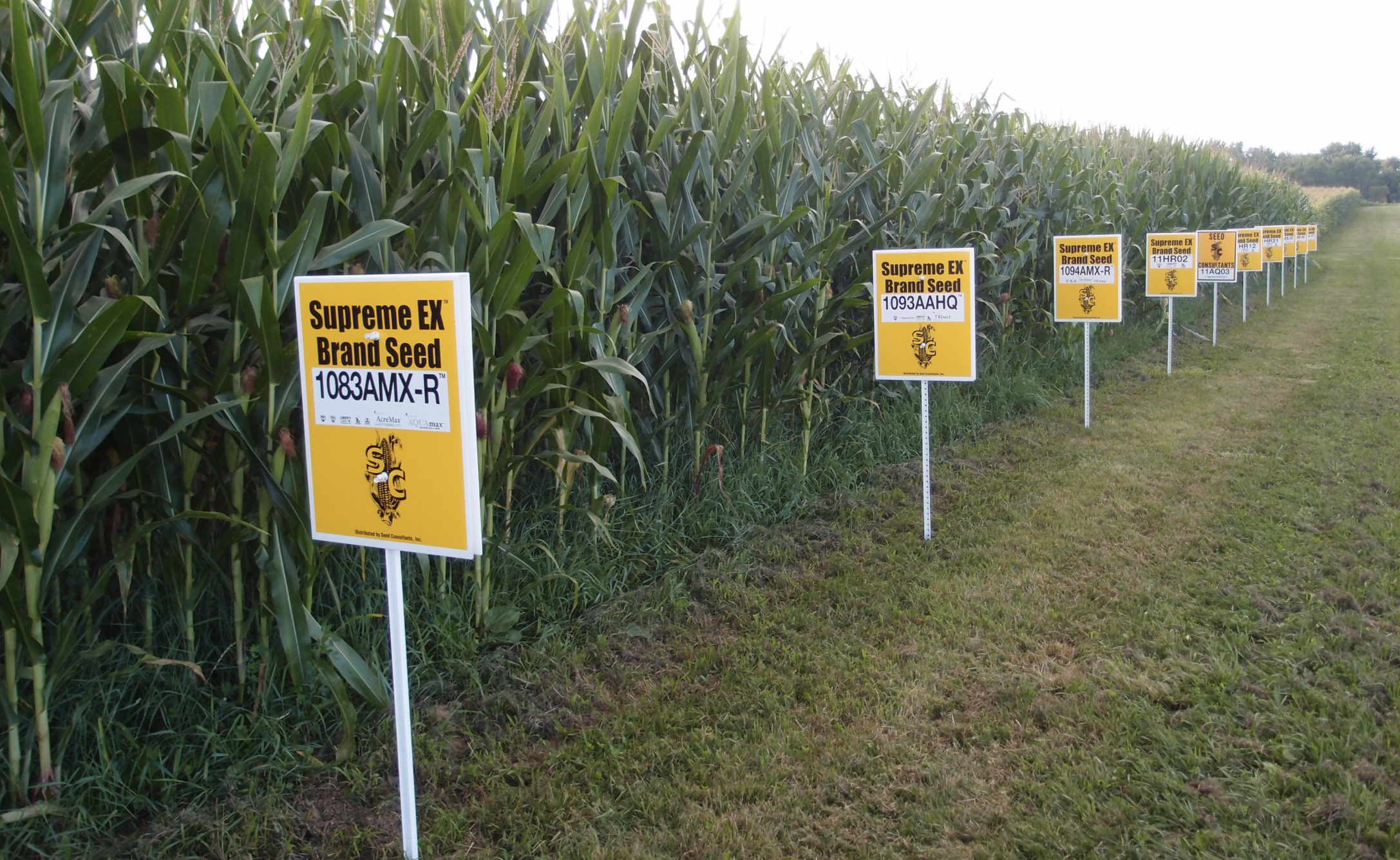 Explainer: GM Crops and Their Role in Modern Agriculture  Read now 2 hours ago
0 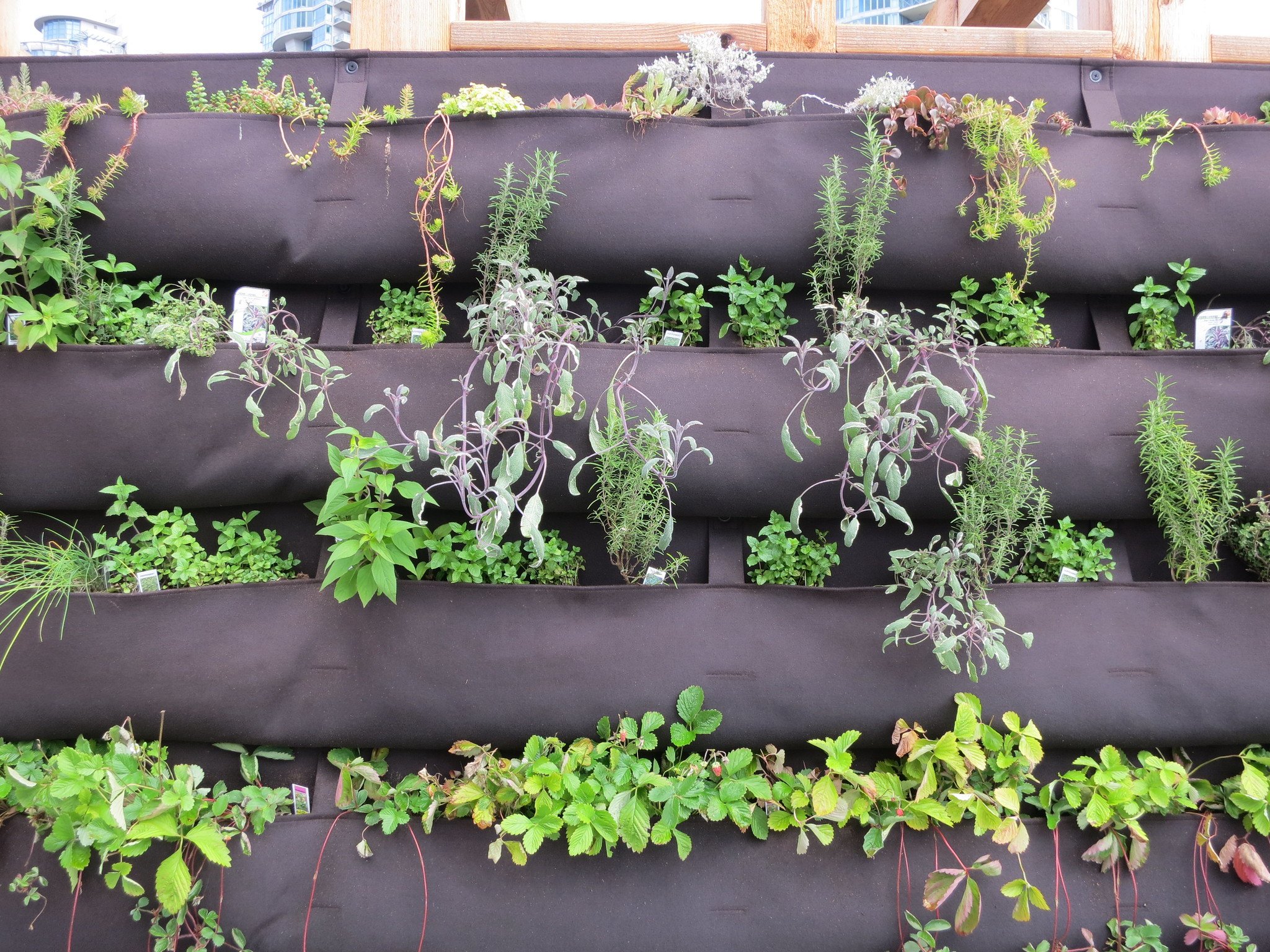 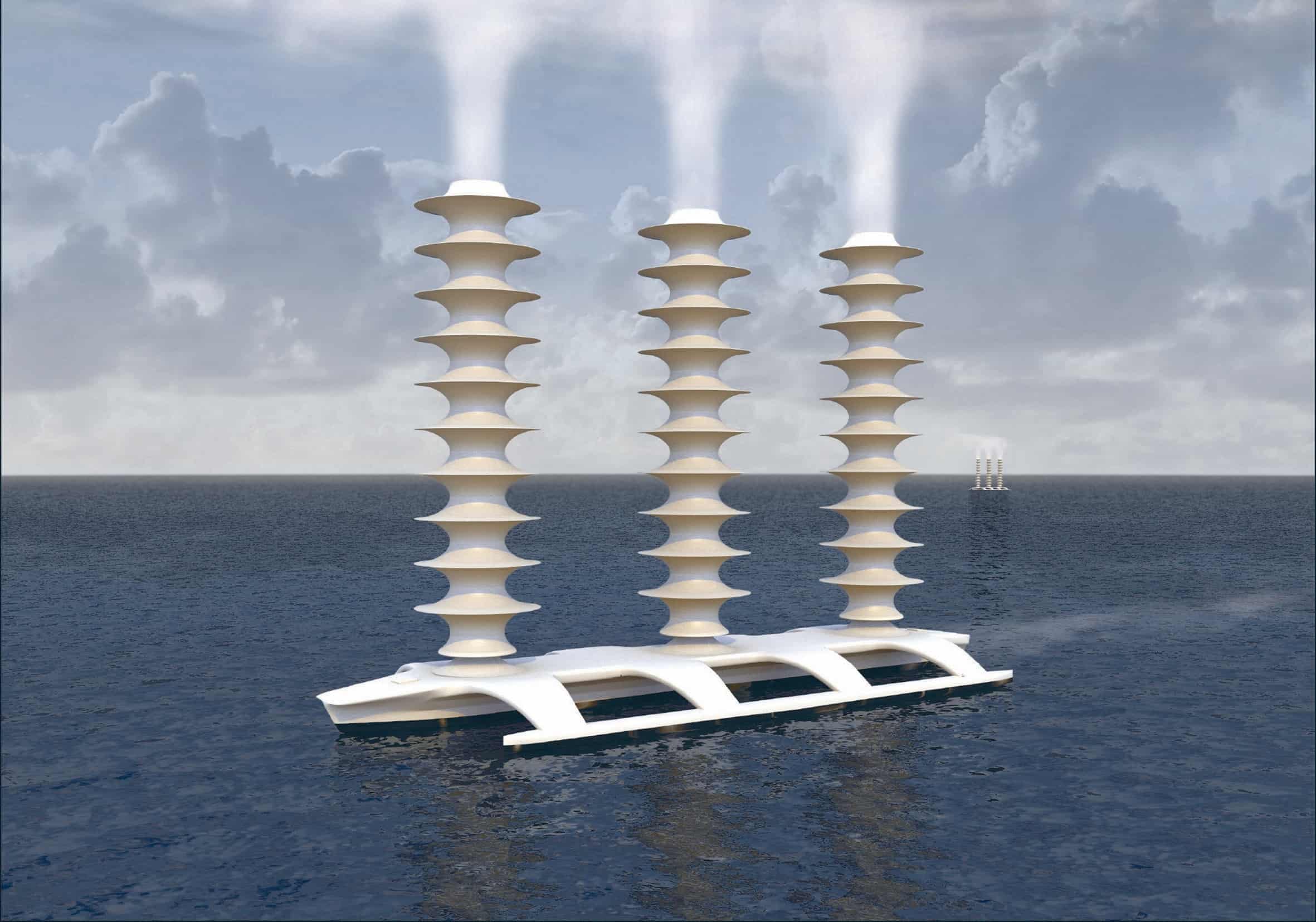 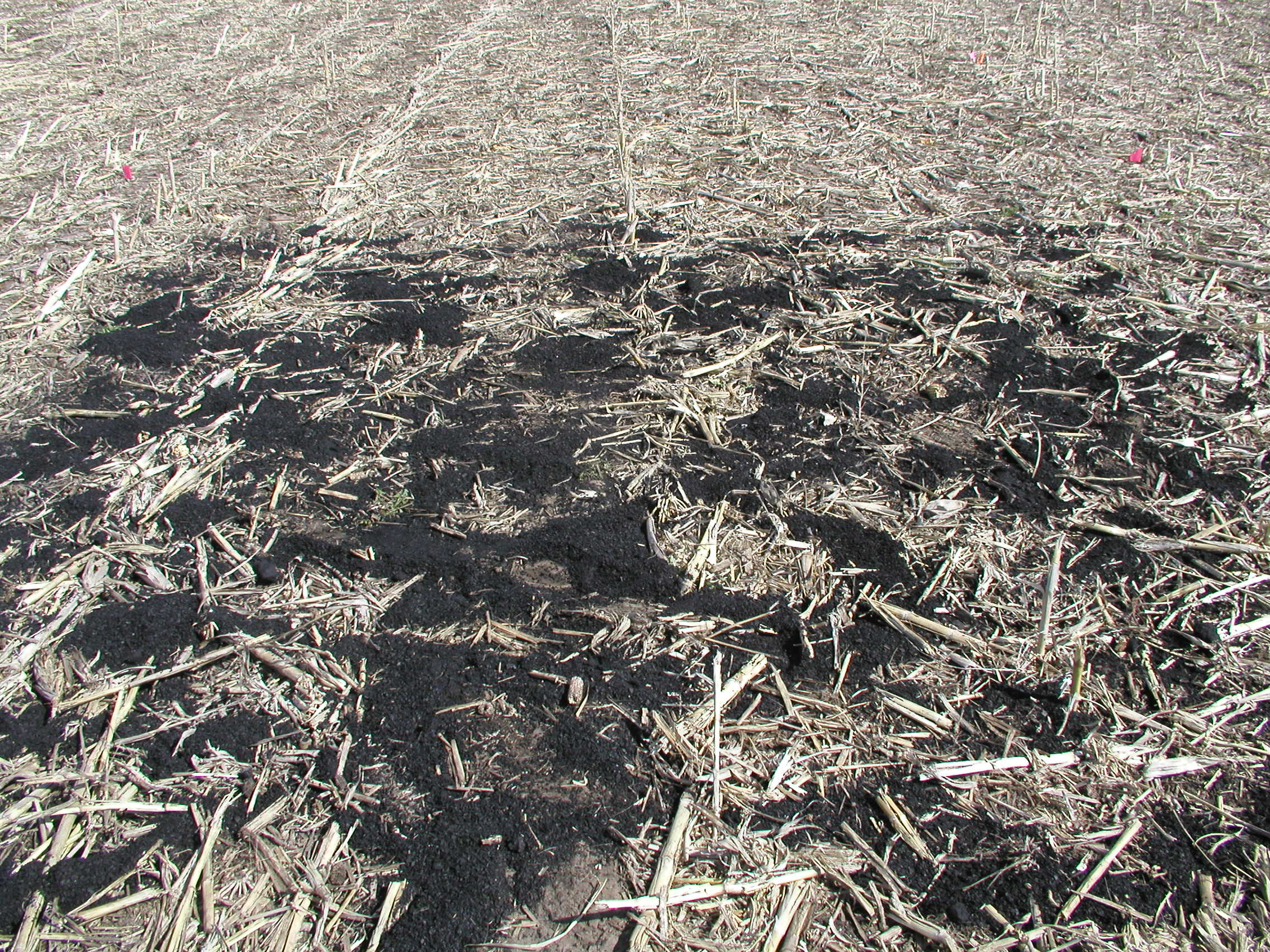