With its rising seamounts, deep canyons and vast mountain chains, the seabed is a geographically diverse area and home to a kaleidoscopic array of flora and fauna. Yet little is known about the deep sea, which is facing threats from acidification, waste pollution and rising sea levels.

However, sophisticated new technology is enabling scientists to obtain the information needed to help inform conservation policies and long-term management of the world’s oceans. The Schmidt Ocean Institute (SOI) is at the forefront of advancing oceanographic research and conservation through technological innovation. A non-profit foundation established in 2009 by Eric and Wendy Schmidt, it provides scientists with the tools to pioneer ocean research. They use a cruise vessel that hosts scientists and studies the Great Barrier Reef.

Carlie Wiener, director of communications and engagement strategy at the Schmidt Ocean Institute, said, “We offer scientists time on our research vessel [F/V Falkor] to go out and better understand our oceans, which are not yet characterized.”

Aided by deep-diving robots and acoustic sonar systems, scientists collaborating with SOI are documenting species, collecting critical habitat samples and producing high-resolution mapping of the seafloor. On one of SOI’s recent expeditions in September 2020, scientists undertook the most comprehensive deep-sea study of the Great Barrier Reef and Coral Sea Marine Parks using a Remotely Operated Vehicle, ROV SuBastian. The size of a small car, ROV SuBastian can dive as deep as 4,500 meters. ROVs are safer than sending people down in the vehicle and they allow for longer dive times, providing continuous observation, sampling and imaging. 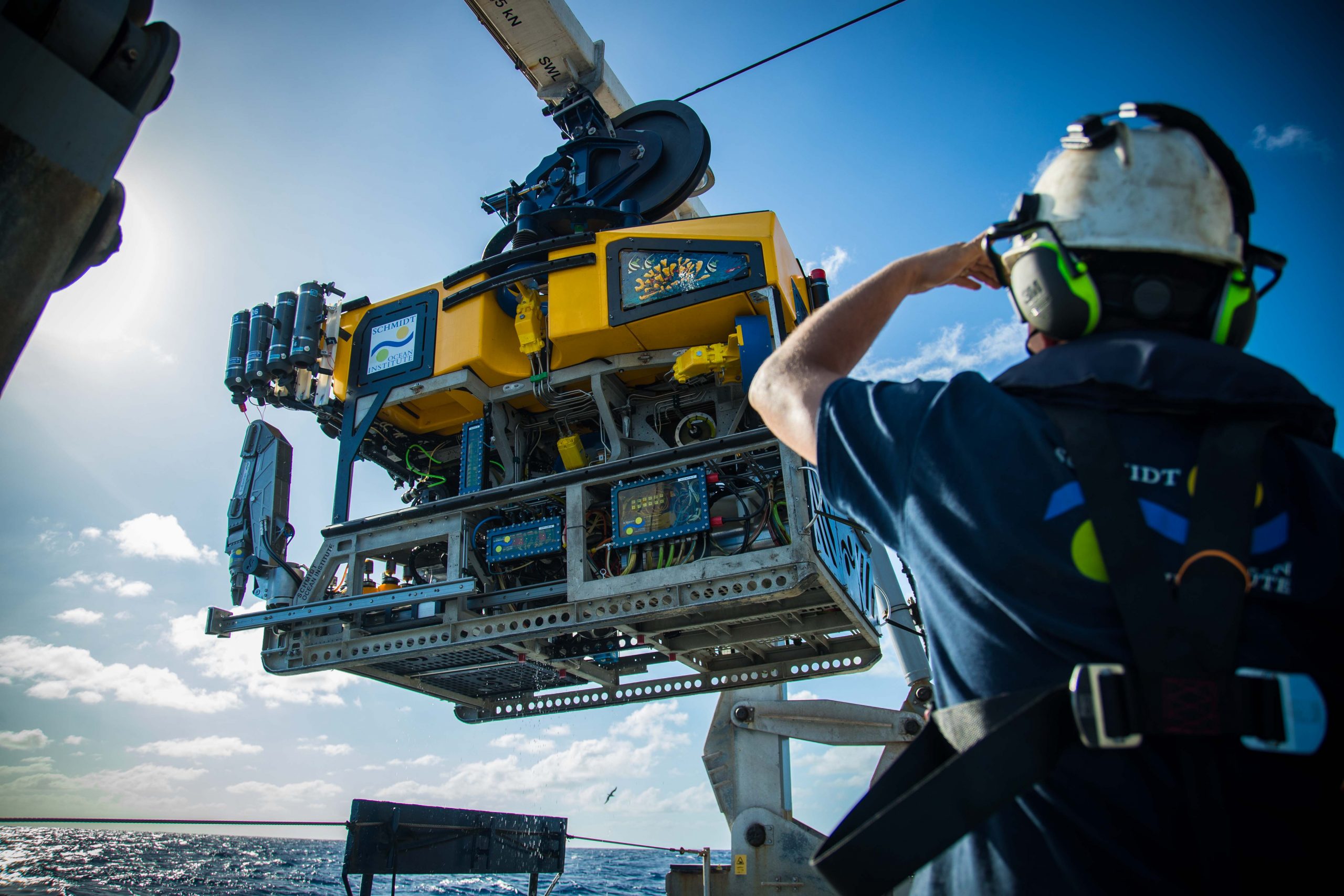 Jyotika Virmani, executive director of Schmidt Ocean Institute, said that the data from the expedition, “will help marine park managers to protect these ecosystems that are so vital for our global biodiversity and human health.”

Using ROV SuBastian’s manipulators, the scientists also collected soft and stony coral samples from the deepest ever depths in the coral sea.

Wiener said, “We know very little about the deep sea and the habitats that are there and this [collecting habitat samples] not only gets a baseline so that we know what the conditions of our marine systems are at current, but it also allows us to look into the past, which helps us model for the future.”

Wiener further explained that by studying drowned reef coral, older coral skeletons, or sediment cores, for example, scientists can find out what sea levels and temperatures were in the past, helping them understand how oceans have changed and make predictions about the future.

During this expedition, scientists also mapped 38,395 square kilometres of seabed. And in October 2020, a team mapping the northern Great Barrier Reef seafloor discovered an enormous detached coral reef 500 meters high – taller than the Empire State Building. Although the ocean covers 71 percent of the Earth and high-resolution maps exist for the surface of the Moon, Venus, and Mars, only 20 percent of the world’s ocean floor has been mapped. Until a few years ago, it was just 15 percent.

“There is a global initiative to get this done,” said Wiener.  “This is really important. If you look at the map of the world you see that the ocean is portrayed as flat, when it is anything but that.”

Traditional methods of mapping the land using electromagnetic waves, such as radar and light, are ineffective in the ocean at depths of more than a few meters. However, scientists are now using modern acoustic mapping technologies to provide bathymetric data. On SOI’s research vessel, for example, Kongsberg multibeam sonars transmit sound pulses that bounce off of the ocean floor and back to the ship. The sonar systems calculate the time it takes each pulse to reach the seafloor and return – the longer it takes a pulse to return to the ship, the further away the object is, enabling scientists to create bathymetric measurements. Sonar systems are also fixed to the bottom of the gondola, a streamlined platform beneath the ship’s bow. Bubbles wash down the hull and can infer with sonar signals. Te gondola allows the vessel to carry out mapping surveys without interference.

Mapping carried out during SOI expeditions contributes to the Nippon Foundation GEBCO Seabed 2030 Project, which aims to produce the definitive map of the world ocean floor by 2030 and make it openly available.

“Having these maps is critical,” Wiener said.  “Not only to understand what the seafloor looks like but to help scientists identify ecosystems or new systems so that they can go and understand and characterize.”

Wiener explained that high-resolution mapping expeditions in 2013 extended protection of the Papahānaumokuākea Marine National Monument in the Northwestern Hawaiian Islands, the largest protected marine area in the US. The National Ocean Atmospheric Administration (NOAA) used the maps to carry out underwater dives and characterize those areas. This research, as well as the maps, were then used to expand the monument boundaries for protection in that region.

SOI also live streams from its expeditions, inspiring people from around the world to care about the ocean by learning about how the deep sea is teeming with life and not just a flat sandy bottom.

In a recent interview with Mongabay, Wendy Schmidt said that the next decade will witness an acceleration of ocean exploration, “leading to global ocean policies ten years from now that will do much more than we do today to protect ocean health for future generations.”