Looking Back to Move Forward

An activist’s strategy to reconnect with Mother Earth

Zahra Bibiani brings a site-specific approach to intersectional activism. Her publications on social media don’t just pick up on current events — they dissect them regionally.

For example, if you were to navigate her Instagram account @soulful_seeds, you would come across posts about ‘Pakistan & Climate Action’ or ‘The Climate Crisis in Miami’ next to ‘The Dark Side of NEOM, Saudi Arabia’s “Green” New City.’ In a way, Zahra’s current studies in Environmental Sociology and Earth Science at Vanderbilt University have given her enough methodology tools to go deeper into her research and highlight particular topics that help us understand climate change complexities by isolating critical cases.

Besides her geopolitical reporting, Zahra makes sure we’re not leaving out important environmental matters that sometimes get buried in all the noise. “Alternative refrigerants,” she said when we asked her about essential ecological subjects that aren’t talked about enough. 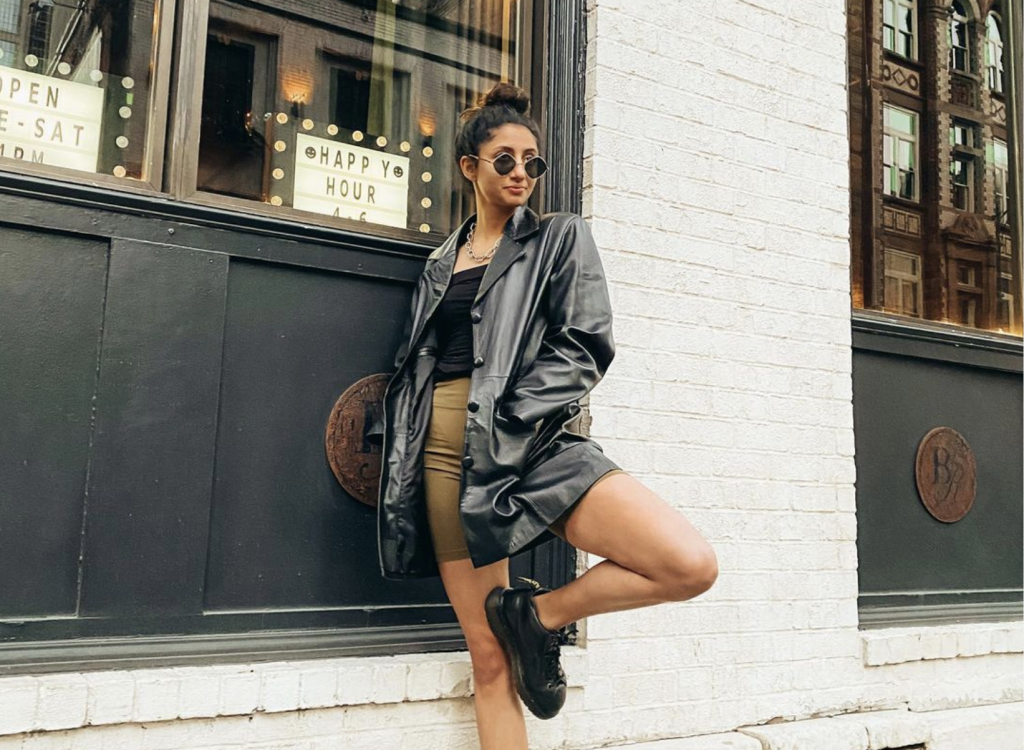 “One of my favorite nonprofits [Project Drawdown] has compiled a comprehensive, research-backed list of the top climate solutions,” she said. “At the top of the list is refrigerant reform/alternative refrigerants. Chemical refrigerants absorb and release heat and are functionally used in refrigerators and air conditioners. Thankfully, two of the most harmful (due to the ozone-depleting ability) refrigerants have been phased out through international protocols. The replacement of these refrigerants, though, is also dangerous and has the ability to warm the atmosphere on a much larger scale than that of carbon dioxide. Many countries (more than 170) have signed on to an amendment of the Montreal Protocol that requires countries to phase out these new ones as well.”

Despite the international norms aimed at phasing out these refrigerants, Zahra insists that we must address lasting effects as we develop alternative technologies and innovations for cooling. This kind of holistic thinking keeps her ahead of the curve when it comes to finding solutions. You can see it in her work these days, including developing a mobile application that serves as a marketplace for clothing swaps.

“Current clothing swap apps tend to focus on a particular niche, like high-end business attire or luxury women’s wear, but there are not currently any clothing swap apps that are built for young people of all genders,” she said. “I wanted to create this app to serve young individuals who want to get involved in sustainable fashion and the circular economy but don’t have time to thrift or the money to invest in pieces from ethical/sustainable brands. In creating this app, I hope to encourage participation in the sharing economy and cultivate a greater appreciation for ‘used’ goods.”

Similar to other young environmentalists, Zahra’s motivation sparked after surviving natural disasters that left a traumatic imprint in their spirit. “I’m originally from Houston, Texas, and in 2017, our city experienced one of the most devastating flood events in American history,” she said. “I had always cared about the environment, though I had only ever heard of the impacts of climate change and had never first hand seen or experienced it. When Hurricane Harvey touched down, it was the first time that I had ever first hand experienced/seen a natural disaster.”

Back then, she worked for a social services agency where hundreds of people — who were already financially struggling — sought shelter and support, most of them BIPOC individuals. “It was at that time that I began to understand the disproportionate effects that climate change has on marginalized Black and Brown communities,” she emphasizes.

Even if Zahra is always thinking about the future and contemplating solutions to ancillary environmental issues that are often left out, she’s clear about the fact that in order to care about the planet, we must take a step back, be humble, and reconnect with Earth.

“If the entire population were to appreciate the earth for its many bounties and provisions, we would not allow climate change to continue ravaging our planet,” she said. She concluded with a message we’re embracing at The Oxygen Project: sustainability is no longer an option. It’s time to regenerate the world.