How Science is Building the Case for More Sustainable Farming

In order to motivate farmers to increase their environmentally-friendly practices including regenerative agriculture, better data is needed

Healthy soil can absorb more carbon dioxide, retain more water, support more wildlife and grow more food. But a lack of data on why or how exactly to achieve this can be a barrier to change to more regenerative practices for those with commercial operations to consider.

Scientists are working on solutions. A study published in January by the University of Colorado Boulder in the journal Earth’s Future for the first time put a price tag on the cost to US farmers of relying on fertiliser to boost their soils’ ability to nurture crops.

It found that one third of the fertiliser applied to soil to support corn crops was needed to simply break even, and bring soil fertility back to pre-farmed levels, costing them more than half a billion dollars a year.

Agricultural soil is losing fertility around the world due to salinisation, acidification, erosion and the loss of nutrients such as nitrogen and phosphorus.

American corn yields are some of the highest in the world, with more than 4.46 tonnes per acre farmed. But the country is also one of the world’s largest users of fertilizer, applying more nitrogen and phosphorus per acre than its high-yield agricultural counterparts in the European Union.

Till now, it was unknown how much of the nitrogen and phosphorus added by farmers merely compensated for fertility that had already been lost through unsustainable practices, or how much it cost them.

“The lack of information about soil degradation is a problem, it’s hidden – there’s no way of measuring it directly,” said Jason Neff, one of the paper’s authors and director of the Sustainability Innovation Lab at Colorado (SILC).

“And if you can’t quantify what’s going on, you have no way of knowing what that costs.” 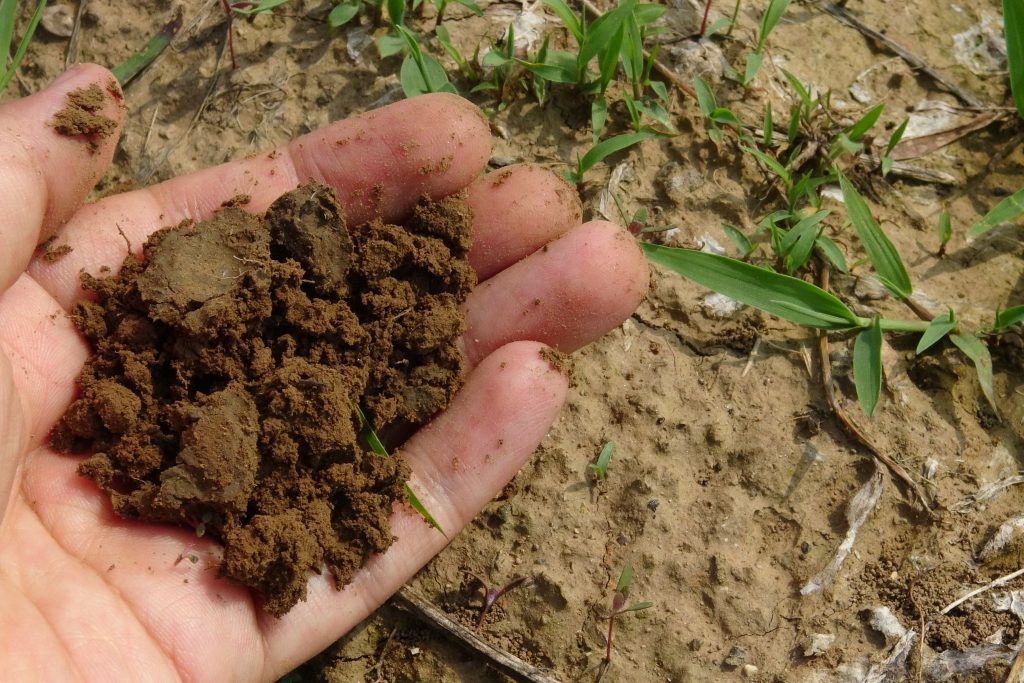 If farmers had a better understanding of how much money they spend on fertilisers simply to compensate for ongoing degradation, it could help them calculate the business case to move to a more sustainable form of high-yield agriculture, he said.

Reducing fertiliser use would not only save farmers money, but it would also reduce the costs of the wider damage it causes, such as greenhouse gas emissions, and water pollution caused by rain washing nitrogen and phosphorus off fields and into rivers and lakes, removing the oxygen needed to support marine life, he pointed out.

Being able to calculate the financial impact of the underlying degradation would help farmers make decisions that would undo it, by moving to approaches that restore soil fertility, such as regenerative agriculture, he added.

This form of agriculture seeks to rehabilitate and enhance soil health, rather than depleting it. Regenerative agriculture can involve various different practices, such as reduced disturbance of the soil through activities like tilling, returning organic matter to the soil, and planting cover crops to hold in moisture, while reducing erosion and weeds.

As well as reducing the need for fertilisers, many scientists believe that regenerative agriculture can be a tool in the fight against climate change. Plants take carbon dioxide from the air during photosynthesis, and transform it into carbon, which is then used to grow leaves, stems and roots. Carbon that is not needed for these processes is stored in the surrounding soil, where it can remain stored for thousands of years, or released back to the atmosphere when soil is disturbed.

However, scientists are lacking accurate and consistent ways to measure soil health. Even the notion of what methods are best to regenerate soil is quite ambiguous, according to Neff. “If you ask ten people what we mean by ‘soil health,’ you’ll get ten different answers in terms of microorganisms, nutrients, fertility and soil structure. Getting a handle on those definitions and goals is important,” he said.

New techniques are needed to measure change in soil health from a scientific perspective in order to incentivise farmers to change their practices to more sustainable ones, he said.

“Farmers are necessarily and reasonably cautious about what they do, and need a lot of certainty that changes to practice will increase yields or reduce costs,” Neff added.

Neff is part of a US-UK collaboration of experts in soil science, engineering and technology who are researching systems that can measure soil health in real time, and provide that information directly to farmers.

The Signals in the Soil programme comprises multiple projects which will investigate the use of advanced technologies such as sensors and robots in a variety of different environments to detect and measure soil degradation and restoration.

High frequency data on multiple soil functions, such as water infiltration, CO2 production and surface soil movement will be turned into predictions of longer-term changes in soil health at individual sites.

The programme is headed up by Dr. Simon Kerley, head of discipline for terrestrial, earth and freshwater at the UK Natural Environment Research Council. “At the moment, we have a real paucity of baseline data for farmers in terms of the status of their soil, and how that changes over time.

“Low-cost sensors that can be embedded in the soil could provide data over a longer time period,” Kerley said. “We’re looking at how we enable a farmer to see what’s happening in a relatively simple way, whether that’s in terms of carbon, or microbial or biological properties. Then those farmers can use these tools to make decisions about how to manage their soil.”