How Much Would You Pay for Every Other Breath You Take?

If you search Wikipedia for significant events that happened on June 11, you’ll find nothing for 1997. The Michael Jordan-led 90-88 victory of the Chicago Bulls’ over the Utah Jazz that day didn’t rise to the level of a Wikipedia entry, but something else should have. That afternoon, something monumental took place on a large island just 90 miles off the Florida coast: Cuba’s National Assembly of People’s Power passed a remarkable piece of legislation known as Law 81 of the Environment.

The legislation created Cuba’s environmental ministry and elevated Cuba to an environmental leader. The law is based on a foundation of exceptionally powerful tenets, including formal recognition “as a basic right of society and its citizens, the right to a sound environment, and to the enjoyment of a healthy and productive life in harmony with nature.” The 1992 Rio Summit convinced Fidel Castro to go green and Law 81 followed.

Deep in the law, there’s a real gem. The legislation mandates that the environmental ministry evaluate the economic value of biodiversity and use that information to inform policy. This is jaw-dropping for two reasons. First, Cuba is a socialist country, so elevating the importance of economics is both unusual and, of course, ironic. Second, mandating the use of environmental economics is forward-looking and exceedingly rare. The United States has no such law.

Some of the ecosystems we’re diminishing have virtually incalculable value. How much would you pay for every other breath you take? For that privilege you can thank phytoplankton, microscopic algae that drift about in our oceans, lakes and streams. They are responsible for half of the oxygen in our atmosphere while simultaneously removing carbon dioxide. They are exquisite, colorful jewels of bewildering shapes and configurations. Some produce hypnotic light in the darkness. Phytoplankton represent the base of the food chain, ensuring survival for even the largest of the oceans’ inhabitants.

A microscope reveals marine diatom cells, which are an important group of phytoplankton in the oceans. Photo credit: Karl Bruun, Nostoca Algae Laboratory

Just like that ficus tree in the corner of your office, phytoplankton need sunlight and nutrients to live and grow. They are wholly dependent on the currents of the ocean and the weather above to keep them near the surface where the sunlight is. Keeping phytoplankton near the surface depends on confining them to a warm layer of water that floats upon a cooler layer, and keeps them above the thermocline, a rapid change of temperature that you’ve probably experienced in the deep end of a swimming pool, where the temperature suddenly goes from warm to cold. It’s this very specific combination of conditions that ensure that phytoplankton can remain in their favorite sunny hangout and continue to provide more than 50% of the oxygen we breathe.

But sunlight isn’t enough—phytoplankton also need nutrients. Upwelling of cold, nutrient-rich water from the depths is key to the survival of phytoplankton. Upwelling zones exist around the world where unseen undersea rivers collide with continents. Much of the water has nowhere to go but up and the cold waters from thousands of feet below deliver nutrients to the surface. As phytoplankton thrive, zooplankton—the larvae of crustaceans, fish and many other species—eagerly feed upon the massive, concentrated blooms. It’s a grand-scale opera of predator and prey—the very foundation of life in the oceans—happening right in front of our eyes, yet virtually unnoticed.

But something alarming is happening to phytoplankton—something big. Researchers at Canada’s Dalhousie University report that the global population of phytoplankton has fallen approximately 40% since 1950. They believe that rising sea surface temperatures are to blame. Global warming is disrupting those specific conditions—ocean currents, upwelling, surface conditions and weather patterns—that allow phytoplankton to survive. Compounding the problem is the fact that there’s less and less phytoplankton to remove carbon dioxide from the atmosphere, allowing carbon dioxide to build up in the atmosphere more rapidly. Still worse, carbon dioxide dissolving in seawater is making the oceans more acidic, dissolving the calcium carbonate plates of many species of phytoplankton. There’s much at stake. The loss of phytoplankton and disruption of the oceanic food chain has impacts far beyond the oceans’ shores. The chaos of El Niño years is a hint of what’s to come. Loss of phytoplankton not only impacts fish and whales. It’s equally about pandas, forests and us.

The situation is dire but not without hope. We know what must be done. It starts with immediate action to control greenhouse gas emissions and revamp the industrial farming system to regenerative agriculture. But we must also point to the economic value of restoring the land and sea.

A good example was six days after Cuba’s Law 81 was signed, on a scorching day in Everglades National Park, where I shared the podium with Vice President Al Gore who announced a $25 million federal grant to help Florida acquire 31,000 acres of private land in the Everglades, marking a significant step in efforts to restore one of the world’s most unique natural resources. A few years later, on Sept. 26, 2000, we succeeded in passing the landmark legislation that put into motion the largest environmental restoration project in human history with a price tag of $7.8 billion. In 2009, the costs rose to $13.5 billion and according to a five-year update sent to Congress in 2016, the cost is now set at $16.4 billion. The Restoring America’s Everglades initiative will “restore the quantity, quality, timing and distribution of fresh water in an effort to reverse decades of unintended environmental decline as well as provide for future water-related needs of the region.” The math is easy. Restoring ecosystems is profoundly more expensive than valuing and protecting them in the first place. 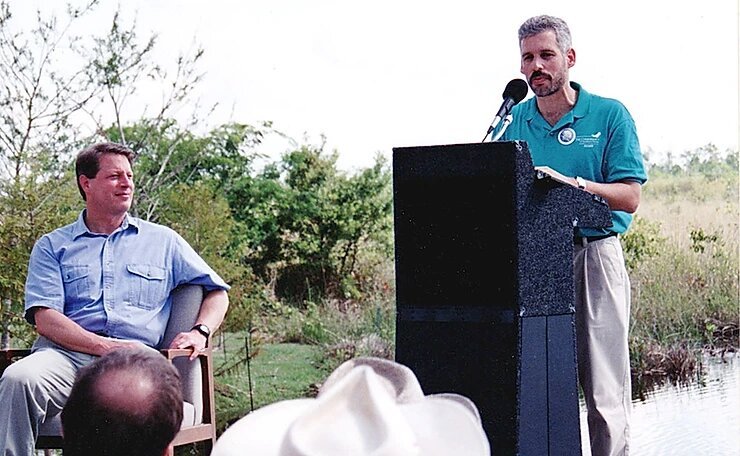 In another example of environmental economics at work, the World Resources Institute found that in Belize the economic contribution of mangroves and coral reefs for shoreline protection is nearly $350 million annually. A 2014 study published in Nature Communications indicates that coral reefs reduce wave energy by an average of 97%. The same study reports that the cost of building artificial coastal barriers is 15 times higher per square meter than coral reef restoration. It’s not hard to see the policy implications—protecting coral reefs not only benefits humans, it’s a no-brainer business decision, especially in an era of sea level rise and monster hurricanes. And that’s before considering the value of coral reefs and mangroves for tourism and fishing.

In a Caribbean Sea where we’ve lost 50% of the coral cover since 1970, I am still mesmerized by the sight of Cuba’s healthy corals, vibrant and colorful, in stark contrast to the devastated reefs of the Florida Keys just 90 miles north where I first marveled at coral reefs as a teenager. 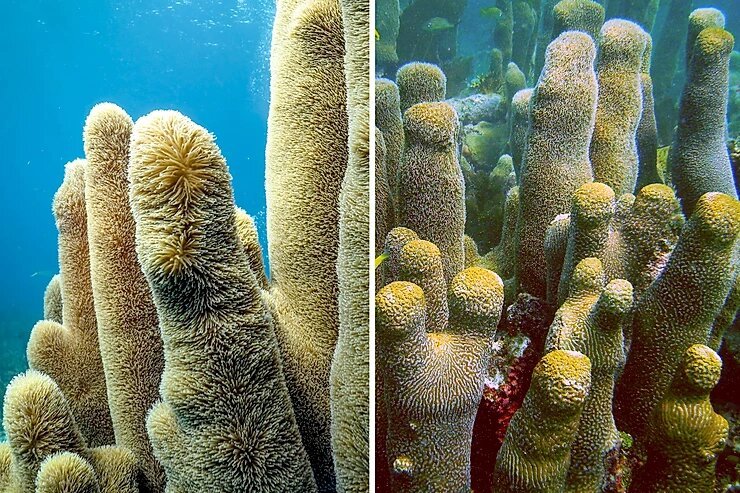 Cuba’s coral reefs thrive in part due to a twist of history that led Cuba to develop differently than the rest of the world. But part of the story is also due to strong legal protection thanks to Law 81. An impressive 25% of Cuba’s marine waters are protected, part of Cuba’s National System of Protected Areas established in Law 81. But the Cubans recognize that calling something “protected” isn’t enough. They understand that the communities living around these magnificent areas need to be part of protecting them, and that means providing them with the economic incentives that come from sustainable activities, such as small-scale ecotourism.

Ocean Doctor is working in partnership with Cuba’s National Center for Protected Areas and in collaboration with the World Resources Institute to help Cuba fulfill its environmental economics mandate. Our hope is that Cuba continues to forge forward and serve as a shining example that it is indeed possible to create a future that is environmentally—and economically—sustainable.