Scientists agree that cutting global greenhouse emissions is key to tackling global warming. However, with global emissions still on the rise, some researchers are now calling for more research into measures that could be taken alongside emissions cuts, including – controversially – the use of geoengineering technologies.

The idea of geoengineering, at least in principle, is rather simple. It involves engaging in planetary-scale manipulation of the Earth in such a way as to offset the warming impacts of increasing greenhouse gas concentrations. It has been discussed for decades, but it started to be taken seriously recently thanks to new innovations.

“It used to be something that a pretty small group of people knew about — and most agreed they wouldn’t talk about,” climate scientist David Keith of Harvard University said. “And that was it. Now it’s much more widely discussed. I think the taboo is reduced, for sure. It’s certainly still controversial.” 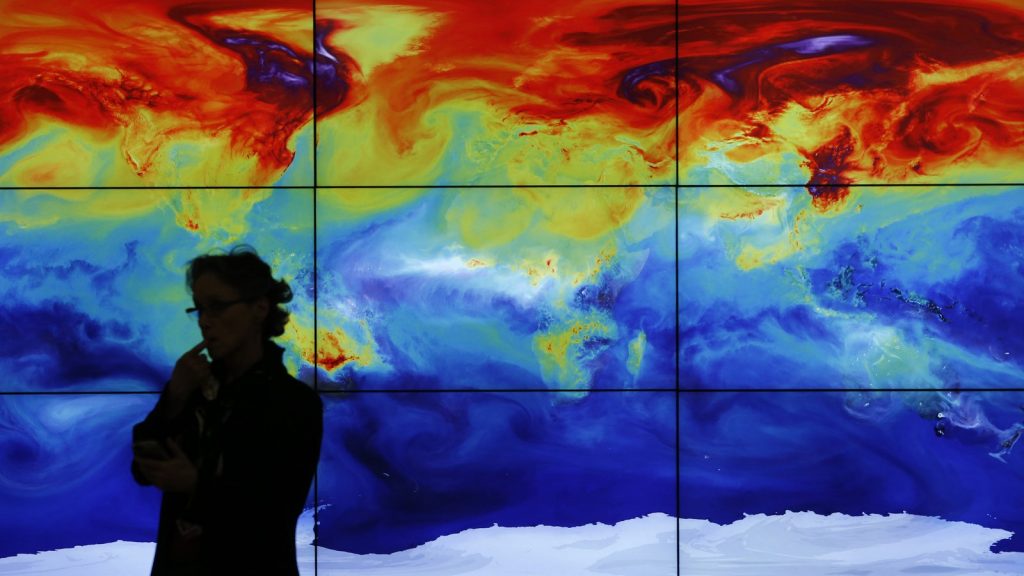 A map of the world’s climate hot spots. Credit: Stephane Mahe/Reuters via The Guardian

A variety of geoengineering schemes have been proposed or at least envisioned. Some involve relatively minimal manipulation or tampering with the environment. For example, carbon capture and sequestration (CCS) involves capturing carbon dioxide (CO2) from emissions before entering the atmosphere and eventually leading to global warming.

The United Nations’ Intergovernmental Panel on Climate Change (IPCC) says the world must remove one trillion tons of carbon by 2100 to have any hope of avoiding more than 1.5 degrees Celsius of global warming. This could be done by removing CO2 from power plants or by scrubbing it from the atmosphere.

Other ideas involve fertilizing the ocean by adding iron, a limiting nutrient for marine phytoplankton in otherwise very highly productive regions of the oceans, such as the North Atlantic. In principle, this would enhance biological productivity and lead to increased uptake of atmospheric CO2 by the upper ocean.

There have also been attempts to offset greenhouse gas’s surface warming influence by reducing the amount of solar radiation impinging on the Earth’s surface — so-called solar radiation management. Such a scheme involves mimicking the cooling effect of volcanic eruptions and placing reflecting mirrors in space.

But only a few bioengineering tests have been fully carried out. Earlier this year, an Australian team conducted one of the world’s largest trials, using 100 nozzles to enhance existing clouds by blasting saltwater into the air. In theory, it would take about 1,000 nozzles to save the entire Great Barrier Reef from dying off.

“I’m certainly hoping that the world can ramp up climate action and avoid solar geoengineering,” said University at Buffalo researcher Holly Jean Buck. “But I do think that we should be pursuing carbon removal in earnest. I think there are both promising and perilous implementations of carbon removal.” 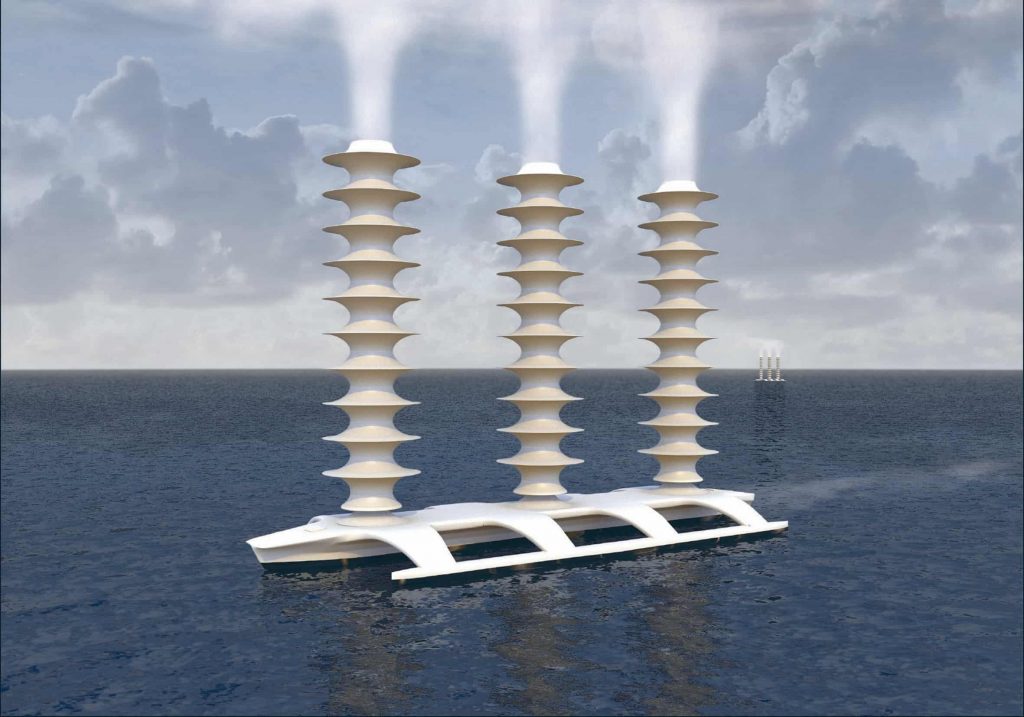 Engineer Stephen Salter’s design for an unmanned ship designed to generate clouds and reflect sunlight away from the earth. Credit: The Guardian

There is broad international scientific agreement that the window of opportunity to avoid breaching the Paris Agreement climate target of staying “well below” two degrees Celsius (3.6 degrees Fahrenheit) is narrowing sharply. With that scenario in mind, discussions over the use of geoengineering are very active among climate scientists.

Some experts contend we may be approaching a moment when nothing other than geoengineering can meet the international community’s promise — made when signing the UN Climate Change Convention at the Earth Summit in 1992 — to prevent “dangerous anthropogenic interference with the climate system.”

“An increasing number of people who are in climate science or in public policy around climate or in environmental groups now agree that this is something we should talk about, even if many think it should never be implemented,” Keith said. “There’s even growing agreement that research should happen. It feels really different.”

Still, there are a lot of concerns. Climate activists claim geoengineering would add a new experiment to the already existing experiment on the atmosphere. The climate system is chaotic and a small modification in any of the variables would make a big difference in the final result.

Could blocking sunlight, for example, impact the Asian monsoon, which two billion people depend on for food crops, or alter the oceans’ acidity? For geoengineering to be politically feasible, scientists would have to convince ordinary people and politicians that it’s worth the calculated risk, campaigners argue.

At the same time, there are concerns that geoengineering could serve as a get-out-of-jail-free card that would allow carbon-emitting corporations to continue doing business as usual. No technological breakthrough would eliminate the long-term need to abandon fossil fuels and that the world has to be as clean as possible.

For Hugh Hunt, the acting director of the Centre for Climate Repair at Cambridge University, the solution is mitigation, leaving the fossil fuels in the ground and stopping the dumping of carbon dioxide that causes global warming to the atmosphere. But this isn’t being done, so Hunt and other researchers from around the world are investigating more on geoengineering.