Adapted from a Greenpeace article titled, “5 reasons why deep sea mining will only get our planet into deep trouble” 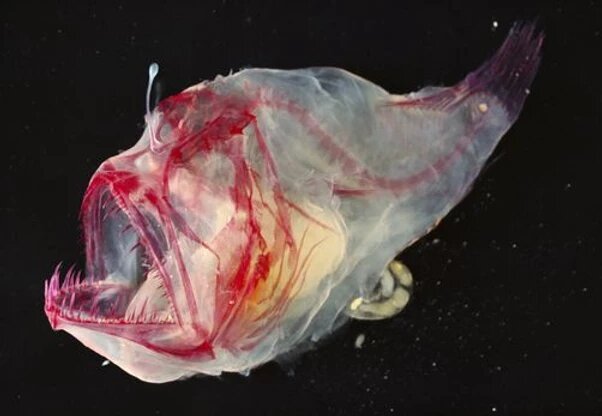 The deep-sea is a mysterious and fascinating world that humans hardly understand. Yet before scientists can properly study it’s critical importance to our planet, reckless corporations and governments are lining up to mine the deep-sea floor for minerals we don’t need – posing a catastrophic threat to the world’s last virgin ecosystem.

We could write a book on why deep-sea mining is a terrible idea, but here are our top five reasons:

It’s no surprise that stripping the ocean floor with massive machines will likely destroy deep-sea habitats and the millions of species that inhabit them.

Organisms in the deep-sea are ancient and delicate . Some varieties of corals and sharks have lived upwards of a thousand years. Because of their extremely long lifespans, these species grow very slowly, making them especially sensitive to human-induced disruption.

Once massive mining machines begin stripping the seafloor, they’ll create dirty clouds of sediment, which will suffocate deep-sea habitats. Plus, the noxious noise will likely harm marine mammals like whales, and the floodlights could cause permanent disruption to sea creatures that are accustomed to very low levels of natural light.

It’s hard to imagine a more inhospitable place than the frigid, pitch black, crushing environment of the deep ocean. It’s even harder to imagine anything living there. But researchers are discovering that thousands of fascinating animals live there.

The deep-sea teems with unique lifeforms like giant tube worms and frilled sharks , to newly discovered “faceless fish, giant sea spiders, and blobby sea pigs.” At one mining site, 85% of the wildlife living around hydrothermal vents are found nowhere else in the oceans.

Much of that life could be wiped out by deep-sea mining, but licenses have still been granted to explore these hydrothermal vents – including the infamous Lost City. According to at least one study, once mining crushes these precious habitats, the creatures that live in them may never recover.

It’s hard to fathom that the disappearance of one tiny species could offset the rhythm and flow of an entire food chain – but it’s true. As deep-sea species become endangered or extinct due to mining activities, the animals up the food chain will feel the heat.

Even as we emit CO2 into the atmosphere, tiny creatures in the ocean are hard at work absorbing much of it. When these creatures die, the CO2 they consume is carried to the deep-sea, where it’s stored for millions of years. This process has an invaluable role in slowing climate change, but when mining machines ruthlessly plow the ocean floor, there’s a good chance that carbon will be released back into the atmosphere.

5. Jeopardize the scientific potential of the deep-sea

We can only imagine the importance of the deep-sea. The underwater world takes up 95% of Earth’s living space, but we know more about the surface of Mars than the depths of our oceans. At this point, mining the ocean floor, especially on a commercial scale, is premature and irresponsible.

Few understand these dangers like deep-sea mining companies, but they’re plowing ahead anyway. Some of them try to get ahead of criticism by branding themselves as “environmentally friendly.” But make no mistake — these companies are all about profit.

All the world’s scientific community is asking for is time to understand the intricacies of deep-sea. No minerals or metals are worth destroying ecosystems we don’t even understand yet. To read more about the deep-sea click here.