Divestment: a Promising Tool in the Campaign Against Seabed Mining

When Deep Sea Mining campaign (DSM) communications coordinator Natalie Lowrey received a late-night email from the CEO of one of the world’s largest mining companies, Anglo American, saying the company had decided to pull its share from controversial Canadian deep-sea mining outfit Nautilus Minerals Ltd, she didn’t believe it at first.

“I had to read it about five times,” Lowrey laughed. “I think [our campaign team] kind of knew we were on a good pathway, but we didn’t realize it would happen so quickly.”

That didn’t mean it was an easy win for DSM. The association of NGOs and concerned citizens had been putting pressure on Anglo American since 2017, pointing out the flaws in Nautilus’ plan to create the first-ever seafloor copper-gold mine in the Bismarck and Solomon seas, 25 kilometers (15.5 miles) off the eastern coastline of Papua New Guinea. The project sought to extract minerals from sulphide deposits around deep-sea vents. As well as being highly destructive to these unique, ancient ecosystems themselves, detractors were concerned about the impact of pollutants – such as sulphur dioxide from the mining process – on ocean life more widely. The proposed site is in a sea-current zone and is close to a number of important fishing areas, upon which thousands of local people rely for their livelihoods.

In an initial phone call and regular follow-up emails with Anglo American’s CEO Mark Cutifani, DSMC laid out why fronting money for the plan was a bad look – and a bad investment – for the company. The campaigners highlighted the untested and experimental nature of seabed mining, its likely environmental impacts and the extent of community opposition to the PNG project. Locals have been resisting the plan since it was first proposed in 2009. In 2016, they formed an organization called Alliance of Solwara Warriors, which gained vast support nationally, regionally and across the globe, including by major NGOs and world-renowned natural historian Sir David Attenborough.

“A lot of the focus [of our advocacy] was really that there was no social license to operate there,” said Lowrey. “We would basically say, ‘so just updating you with the movement on the ground – communities are still in opposition.’ And we actually had some quite in-depth email conversations [with the CEO] throughout that period.” 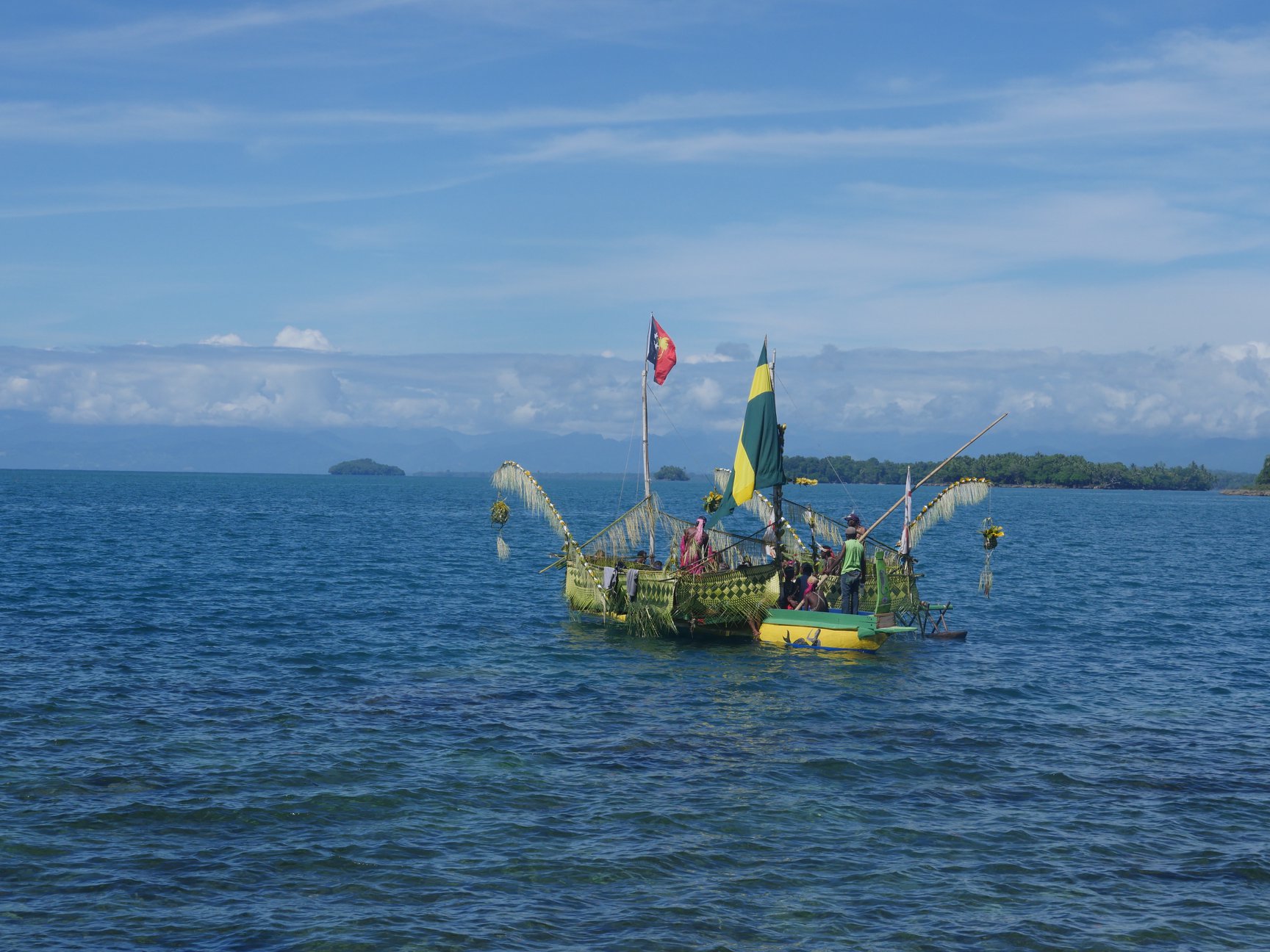 As a target for divestment, Anglo American was a smart choice for a number of reasons. For one thing, the company is huge, with a 2019 turnover of almost USD$30 billion and operations in 49 countries, and its 4% shareholding in Nautilus was small fry by Anglo American’s standards. Through conversations with Cutifani, the campaigners realized that the investment was not an important focus for the company; rather, it was “something of a research and development experiment,” said Andrew Whitford, DSM’s finance coordinator. It also became apparent that Cutifani was “very much into the corporate accountability side,” he said. “I don’t think they’d really thought [this investment] through properly, and when given the correct facts, they were pretty happy to withdraw. Which I think is a good testament to the common sense involved here.”

In early April 2018, Anglo American officially withdrew its shareholding from Nautilus, stating its failure to meet global corporate social responsibility standards. Seabed mining is an extremely expensive process, and Nautilus was already struggling to raise the capital required to go ahead with the venture, or to project a positive image of its activities: between 2011 and 2018, the company’s share price slumped by 94%. Anglo American’s pull-out and the ensuing poor publicity represented something of a “nail in the coffin” for Nautilus, said Whitmore, and the company was liquidated in August 2019 and declared bankrupt in November of that year.

“I’ve worked on mining campaigns for a long time, and there tends to be a whole bunch of junior mining companies, which are basically just speculative money-making machines,” said Whitmore. “They’re very, very high risk investments. And I think that was partly why Anglo American’s divestment was important, because having a partner like Anglo gave [Nautilus] some credibility that they otherwise wouldn’t have had. And likewise, when Anglo American left, I think that showed their weakness in terms of the experimental nature of it.”

Following on from this success, where else in the seabed mining sphere might divestment pressure prove useful? Whitmore says DSM are in the early stages of various other divestment campaigns, and they’re also turning their focus to influencing the policies of some of the biggest global financial players: banks and insurance companies. “I think insurance particularly is a key target,” he said, “because obviously if you can’t insure deep-sea mining, then they really will struggle to move forward.” There are few people working on divestment as a strategy for preventing seabed mining, but Whitford says it’s an exciting – and highly promising – frontier. “I think if we can be successful enough, we actually have the potential to starve the industry of money,” he said. “And I think that is fairly essential in terms of what it needs to move forward.”

Of course, new companies and investors are likely to keep cropping up for as long as the industry has the potential to operate. What’s more, some existing companies, such as DeepGreen, have powerful PR machines that often co-opt the language of sustainability for their own purposes, portraying seabed mining as a valuable resource for clean energy projects, and a less-damaging option than extracting minerals on land.

“So that’s something that we’re really trying to debunk as much as possible,” said Whitmore. “It’s a bit unusual in that, in the environmental advocacy field, we’re usually working to clear up messes, whereas here, we actually have a chance to try and hold back on a new damaging industry, in a relatively pristine environment that hasn’t yet been desecrated.”

That means keeping the pressure on and consistently highlighting the economic, social and environmental risks of investment until governments follow suit, said Lowrey.

“It’s a challenge, but I think we’re up for it,” she said. “You don’t go into these things in a short-term way; we’ve got to remain really vigilant until we get a complete ban on the industry.”