Defenders of the Land: Taiwan’s Eco-Agriculturalists

Chen Yun-ju was a documentary film-maker until she had an epiphany: capturing other peoples’ lives through a lens was not a fulfilling life. She now lives with her father as a natural healer and regenerative agriculturalist on a plot of land adjacent to Taiwan’s Central Mountain range. “Between humans and nature, there are farming villages and fields,” she says. “Our fields are pieces of pure land, and I’d like to maintain mine that way.” 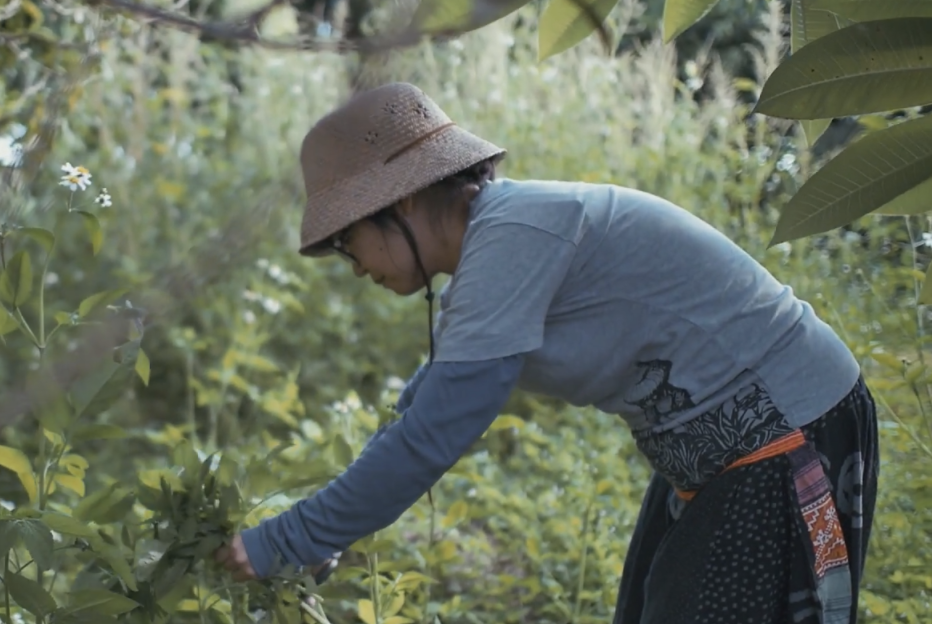 Family farming is the foundation of Taiwan’s agriculture industry. Making up almost a quarter of its total area, the majority of Taiwan’s farmland is small and family-owned — the average plot of arable land is less than one hectare. “Regenerative agriculture” is not a widespread term in Taiwan, but a growing minority of these smallholder farmers who practice organic (a term which is protected and clearly defined worldwide) or eco-agriculture in order to build up the health and resilience of soils.

“I’d call my method ‘eco-friendly’ agriculture,” says Chen. “It’s not organic, but I don’t use pesticides and chemical fertilizers, nor do I use organic fertilizers.”

When she first began her journey into organic farming, she gradually came to the conclusion that the concepts for organic certification were too human-centric; that the standards were in place simply for people to eat safely and healthily. “Eco-friendly farming is different,” she says. “It focuses on the environment — not just the crops, but the soil, the microbes, the insects and birds living from the land.” 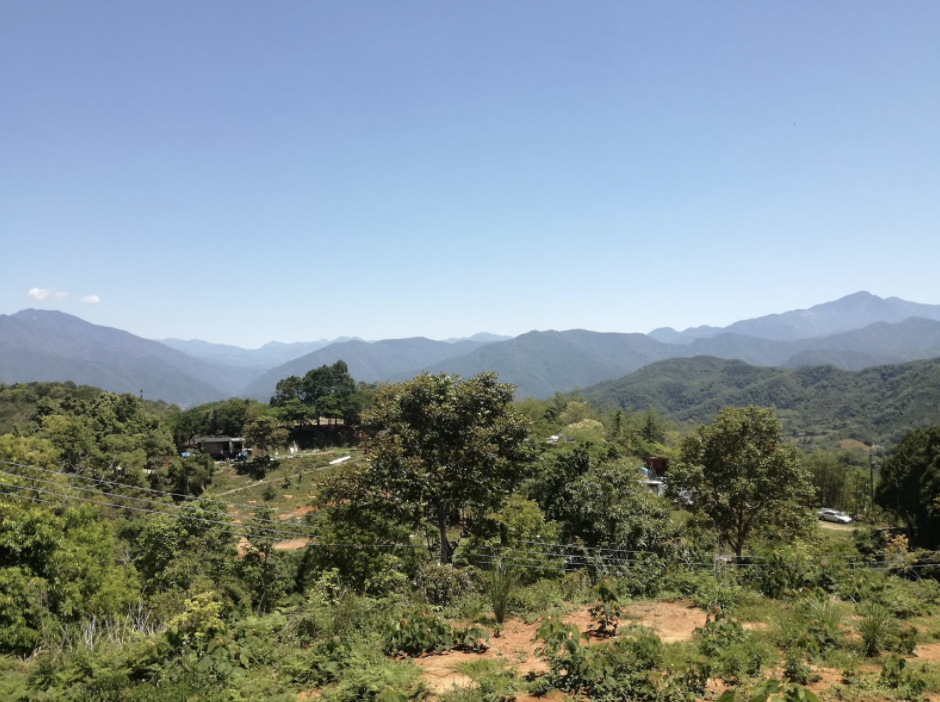 Via farming associations, community exchanges and social media, Taiwanese farmers have access to resources to maximise biodiversity and rebuild soil health on their land — for example, knowledge on biochar, a charcoal used in soils to help with carbon sequestration and bolster crop growth.

“When we first proposed employing biochar, some sustainability-focused academics and farmers remarked that Taiwan should have started long ago,” says Tsao Chi-hung, former Minister for Agriculture who spearheaded the country’s New Agricultural Innovation Promotion Program in 2016.

But due to Taiwan’s small size and high population density, increasing land scarcity can foment disagreements. Urban and suburban industrial development impacts smallholder farms on city outskirts and beyond. Environmental groups argue that many agricultural lands, having been polluted by hazardous waste and heavy metals from industry, have lost their cultivation value.

Additionally, changing seasonal patterns due to the worsening climate crisis means that Taiwanese farmers are often unable to effectively plan harvests or even predict whether their crops will succeed or falter. As well as making pest outbreaks more difficult to control, warmer winters and early or late rains disrupt the flowering periods of many fruit trees and cause yields to drop. Taiwan is known as the “Fruit Kingdom”, but in 2018 its mango prices soared while those of its bananas, watermelons and pineapples collapsed.

Last year, Taiwan suffered its worst drought for more than half a century, causing water shortages in the country’s reservoirs and leading to irrigation shut-offs. Experts have warned that a warming climate could be one of the main factors in the reduction of typhoons, which bring much-needed rainfall from the Pacific. Besides putting a strain on rice production, less rainfall means that pesticide residue on perennial crops often exceeds safety standards.

Huang Shu-chuan, an organic grain farmer, says “the earth around the water reservoirs is already bad, since there are no trees to protect the soil. Heavy rainfall fills the reservoir with earth, causing siltation.” She believes that if development were forbidden in the surrounding area and if organic farmers were subsidized for their losses, then the land would retain more water.

A helping hand from government

“We must create a new agricultural model for Taiwan that is friendly to the environment, takes care of consumers, and is internationally competitive”, said incumbent President Tsai Ing-wen in 2017, adding that Taiwanese agriculture is undergoing “structural transformation”. Since then, the government’s agricultural policy has leaned towards providing environmental service subsidies.

In 2018, the Council of Agriculture (COA) promoted a “green conservation labeling” program, under which farmers were encouraged to use eco-friendly cultivation methods in order to protect local wildlife—the first example of coupling protected species and agricultural production under a brand. According to the COA, by the end of 2018, the program had provided safe habitats for more than 43 protected and indicator species.

Other species have been pulled from the brink of extinction by eco-friendly cultivation methods. Once threatened by habitat loss and pollution, Tainan City’s pheasant-tailed jacana population now numbers in the hundreds. Water chestnut farmers were given government assistance to stop using pesticides and chemical fertilizers to make the fields habitable. 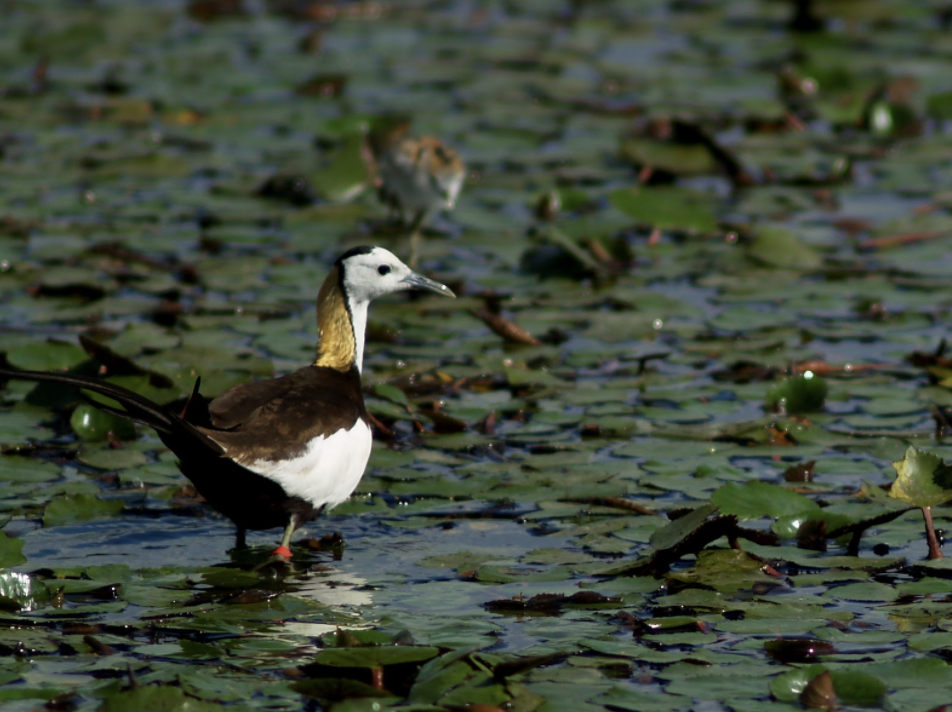 Huang says that although government programs are effective, “their implementation cannot keep up with the speed of industrial destruction.” She has turned to ecological agriculture as a proactive way to combat the effects of the climate crisis and land degradation. But Lu Zheng-xiang, a rice farmer, does not believe that the current uptake of eco-agriculture in Taiwan is very high, estimating it at around only 2% of the country’s entire agricultural output. “It is not profitable, and the idea is not widespread”, he says.

Turning the tide one farm at a time

Accounting for only 1.55% of Taiwan’s national GDP, agriculture as a whole is seen by many as a weak industry reliant on government subsidies to survive. Due to its exclusion from the United Nations, Taiwan is not a member of the Food and Agriculture Organization or a party to the International Plant Protection Convention 1951, whose standards help protect biodiversity and the environment. Competing with cheap imports and lack of public buy-in, Taiwan’s slow-growing eco-agriculture scene relies on passionate individual farmers.

“Most consumers think that organic food is only for rich people, and that only rich people can farm organic”, says Huang. “They don’t know the serious damage caused to the environment by pesticides and fertilizers, and think there’s nothing wrong with consuming a few toxins.” She believes that once there is enough public awareness and reasonable compensation given to farmers, the tide will turn.

Lu agrees. “We must each take responsibility for the future environment! We cannot poison the land and consume the resources of the next generation,” he says.

So What Is Deep-Sea Mining? Read now 4 weeks ago
7

Looking Back to Move Forward Read now 1 month ago
2 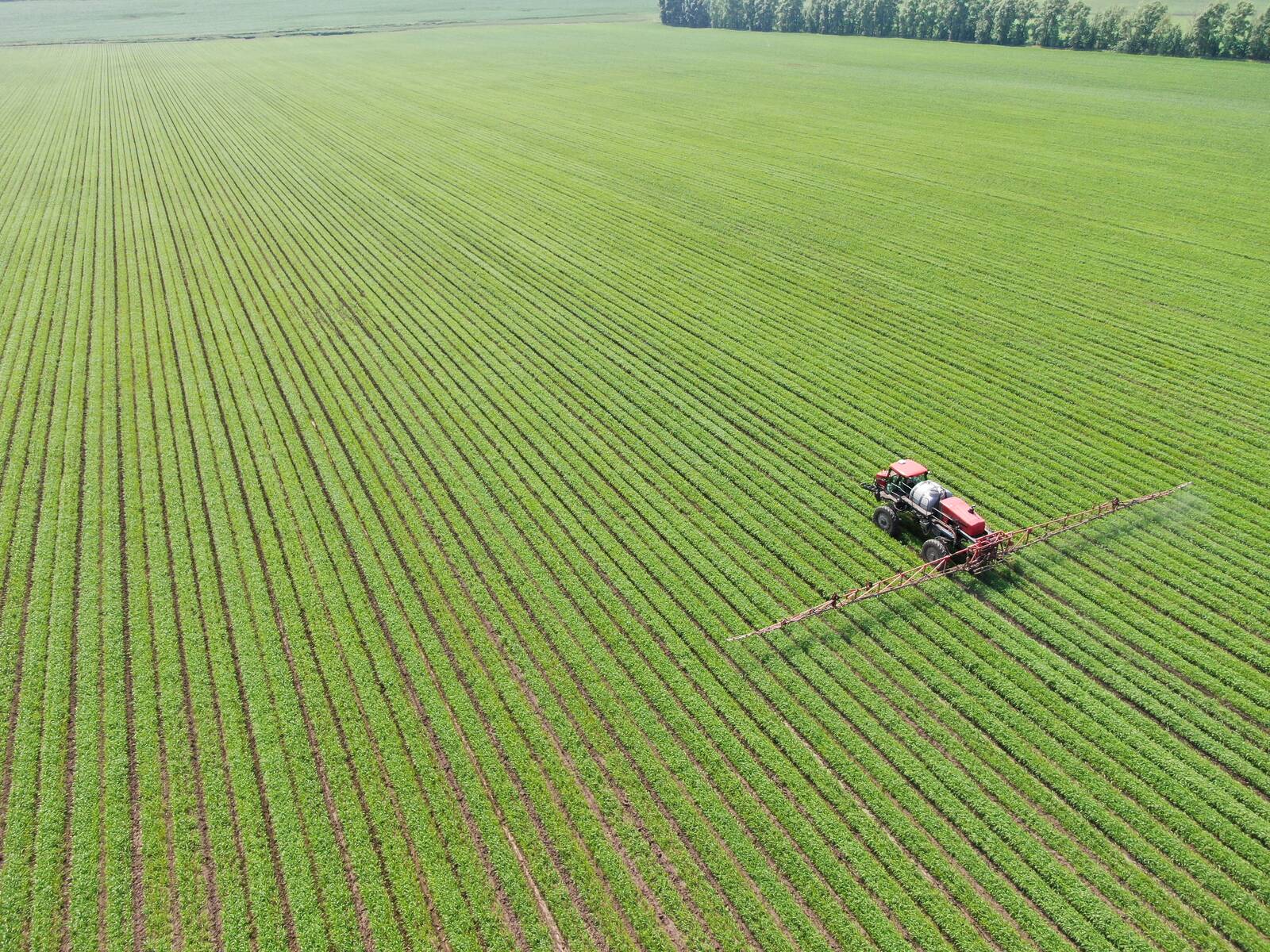