Extracting cobalt, nickel and other minerals in the deep ocean beyond national jurisdiction could become a reality when countries finalize the industry’s long-awaited regulations for this new extractive activity, which has raised concerns among ocean experts and environmental organizations.

The International Seabed Authority (ISA), an autonomous United Nations organization that governs seabed mining, had set 2020 as the deadline to adopt a “mining code” that would allow companies to obtain minerals from the bottom of the ocean. But meeting that deadline seems highly difficult.

The UN organization was already forced to move its 26th session from July to October due to the coronavirus pandemic, which could delay the negotiations. For Duncan Carrie, a lawyer and member of the Deep-Sea Conservation Coalition, which holds observer status at the ISA, a deal this year is impossible.

“There are a lot of pending issues outstanding. It’s not just the regulations, but also standards and guidelines have to be created, which have only just begun,” Carrie said. “Governments only meet twice a year, so it’s difficult to move faster. Plus, working virtually has proven difficult for most.”

Conservationists argue that some of the difficulties to get the code approved lies on the fact that the ISA has dual responsibilities. When it was established by the UN, the ISA was given two mandates: to protect the international seabed from serious harm, and to develop its resources, ensuring that their exploitation benefits humankind.

Creating the regulations could also encourage the industry to start mining long before there is enough information on how operators can avoid causing serious environmental harm. That’s why many are now calling for a moratorium until all the necessary information is collected. 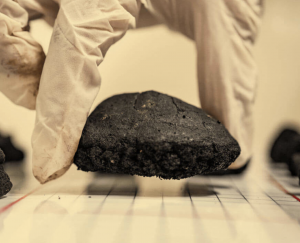 “We need more time to drill down on the details, more time to do science and learn on the deep oceans and more time for the stakeholders to internalize all the questions,” Andrew Friedman, head of Pew’s Seabed Mining Project. “If the activity starts, we want to have a robust regulatory framework in place.”

But for the industry, that shouldn’t be the case. DeepGreen, one of the companies with allocated exploration contracts, said the activity should start as soon as the rules are approved. “We don’t have time. We have to be proactive,” said Dr. Gregory Stone, chief ocean scientist at DeepGreen.

The ISA has already granted 30 exploration contracts of 15 years for three types of mineral deposits across more than 1.3 million square kilometers of seabed in the Pacific, Indian and Atlantic oceans. Many of the contracts are due to expire in 2021, so there’s pressure from companies for the 2020 deadline to be met.

Observers at the negotiations agree significant progress has been made on the last meetings and that now all delegates understand the complexity of the task ahead. Still, many decisions are pending to be made on a wide array of areas of the code, starting on the protection of the environment.

The ISA agreed on its draft regulations that state protecting the marine environment is a “fundamental principle,” but there’s no understanding yet on how that will be ensured. Countries have to define an acceptable level of harm to the environment and create guidelines for companies to do environmental assessments. 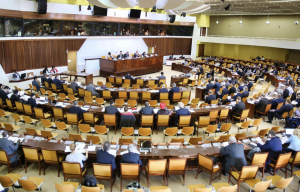 At the same time, countries have to decide on a payment regime. Any money made from eventual mining will be subject to a benefit-sharing system and distributed among member states – taking into account the needs of developing nations. The ISA has contracted MIT to compare a number of economic models.

As discussions move ahead, the mining companies hope to have everything ready for when they get the green light, like coming up with the technology used to extract metals from the deep sea. It will be a complex process as it’s essentially something that has never been done before.

“Everybody is in new territory, that’s why this new industry is exciting. Nobody did this type of mining before. ISA will have to get the code ready, and then we’ll do our environmental assessment against that code,” said Dr. Stone. “It will be the least invasive way of getting metals on the planet.”

Nevertheless, for environmental organizations that’s far from the case. They claim that seabed mining will affect the seabed, the water column above it and the surrounding areas. The habitats of octopi, sponges and other species would be altered by the growing noise and pollution that would be caused by obtaining the minerals.

Greenpeace ocean campaigner Louisa Casson said that there’s no room for deep seabed mining in a world that’s moving toward sustainable development. “It’s an escape route for the planetary boundaries. Opening up this new frontier for resource exploitation provides incentives not to look at the current problems.”

Approving the mining code won’t necessarily lead to an immediate start of seabed mining operations. According to ISA draft rules, the companies will have to carry out an environmental impact assessment and demonstrate financial and technological capacity. For observers, this would delay mining until at least 2025.

Michael Lodge, the secretary-general of the ISA, has said that commercial deep seabed mining depends on three things. First, the regulations, then the technological developments, an area in which he said there has been an “increase in investment,” and finally the market price of the metals.

Nevertheless, for campaigners and conservationists, it’s all part of a cycle that probably won’t stop once the mining code is approved.

“Once regulations are in place, and the first companies begin mining and get a profit and pay royalties, the economics of this will drive the development of the industry. Restrictions can be put on how much a company or country can mine, but it won’t be enough,” said Matthew Gianni, a co-founder of the Deep-Sea Conservation Coalition.