Eco-warrior Quannah Chasinghorse is only 17 years old but speaks with the wisdom and forward-thinking vision of an old soul. As a member of the Gwich’in and Lakota Sioux tribe in her native state of Alaska, Quannah is a passionate activist for both the environment and her fellow Indigenous people.

She’s already spoken at the 2019 Alaska Federation of Natives Convention, where she urged members to reinstate a climate action leadership task force. And as a member of the International Gwich’in Youth Council and the Gwich’in Steering Committee, she’s also advocated for Wilderness Designation, which would give the Arctic National Wildlife Refuge permanent protection from oil development.

We had the chance to speak with Quannah about the connection between the environment and the Indigenous people in Alaska, as well as the various ways we can all join the crusade for sustainable change. Here’s what she had to say: 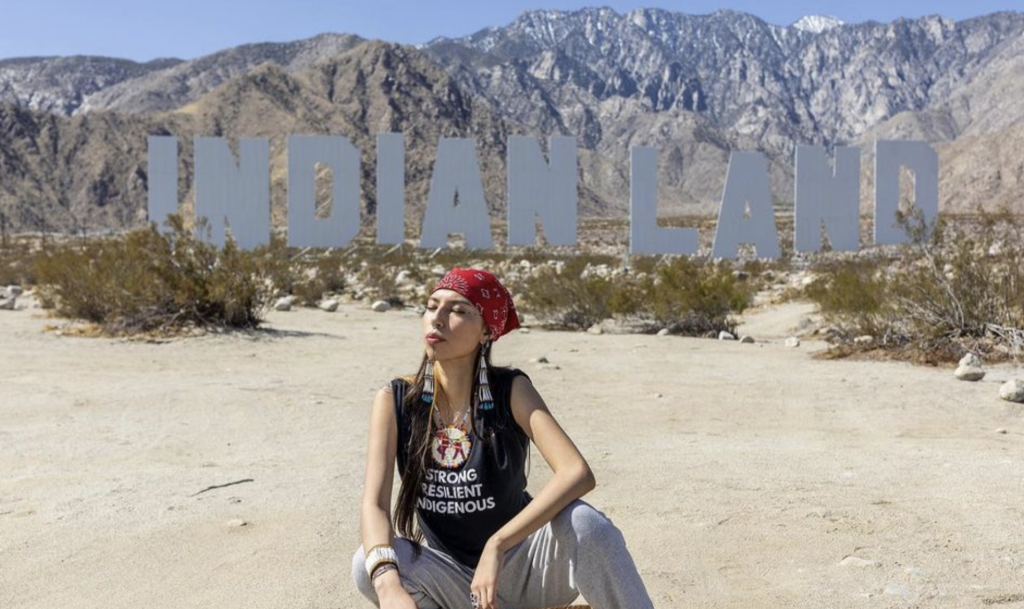 Tell us about yourself and what you do outside the sphere of climate change.

Outside of climate change work, I am a 17-year-old Indigenous woman from Fairbanks, Alaska who attends Effie Kokrine Charter School, which is a native culture-based high school. I love to paint, play basketball, guitar and ukulele, hike, and snowboard.

As a global village, what’s our biggest opportunity to reverse climate change?

I feel that whatever opportunity supports us in this fight to protect our lands, animals, waters, and people so that we can live in a healthy environment and earth is worthwhile. I think we have built awareness, but the next step is to urge those in political power to pass policies that would help reduce or reverse climate change impacts. We need to move away from the use of fossil fuels for energy and move onto clean, sustainable energy.

If you had a million dollars to donate to a cause, which would it be?

If I had a million dollars, I would donate it to Protecting the Arctic National Wildlife Refuge from oil development, Missing and Murdered Indigenous Women, Climate Change, and Suicide Prevention.

Indigenous voices, experiences, and perspectives are not included enough in the climate change discourse. Indigenous peoples, still, to this day, depend on our traditional land and animals for our way of life. Because of this, we have a deep spiritual connection and respect for the Earth. We feel a responsibility to make sure we are still able to live our way of life for generations to come. We are the protectors of the land, water, and animals. I am the fourth generation in the Gwich’in nation that has been fighting to protect the Arctic National Wildlife Refuge, known to my people to be “The Sacred Place Where Life Begins.”

Are you working on a specific project that you’d like the world to know about?

I am a member of The International Gwich’in Youth Council and the Gwich’in Steering Committee, which have been working on getting Wilderness Designation for the Arctic National Wildlife Refuge. We call this land “the Sacred Place Where Life Begins.” Caribou depend on it to birth their calves, and we depend on the caribou. Fossil fuels are a huge contributor to climate change, and the Arctic is already thawing two times the rate of anywhere else in the world.

How is climate change approached in your country? The good, the bad and the ugly…

Climate change in the United States is not approached the way it should be. There are many climate change deniers who claim that it is not a problem, including the president of the United States. In his position of power, he should be taking these issues seriously. Climate change is a worldwide issue. It can NOT be ignored any longer. It’s time to protect our lands, animals, and future generations.

As for the good – more and more people who are trying to do what they can to make a difference. A lot of Indigenous voices are finally being recognized, uplifted, and heard, which is important because Indigenous people have been talking about climate change impacts for a while and are disproportionately impacted by climate change.

There are a lot of eco-warriors out there, but for me, my favorites aren’t necessarily on Instagram. I greatly admire my fellow indigenous sisters, who are also taking a stand to protect their lands, water, animals, and ways of life. This list includes water protector Autumn Peltier, climate justice warrior Helena Gualinga, woman warrior Winona LaDuke. I’ve been influenced the most by female warriors who I am closest to, who I like to call my “auntie squad.” Their names are Princess Daazhraii Johnson, Enei Begaye Peter, and Bernadette Demientieff – they are all also in the fight to curb climate change and protect their indigenous lands from fossil fuel extraction. Of course, I also look up to my momma bear, Jody Juneby Potts – the strongest, smartest, most beautiful, and powerful woman I have ever known.

There are MANY more amazing, powerful, smart, strong, and beautiful women out there doing their best to protect mother earth for future generations.

Was there an event or cause that compelled you to fight climate change?

I remember when I was younger, my mom tried her best to shield my siblings and me from trauma. Still, as Indigenous people, we all suffer from generational trauma because of how unfair the world has been to us. The older I became, the more I understood the connection between everything – climate change and its impacts on animals, the lands, the waters, our people, and our way of life. At a young age, I used my voice as often as I could on issues that were important to me. The more I learned, the more hurt and angrier I became. It got to a point where I couldn’t just sit and wait for things to change. As soon as I got the opportunity to use my voice and speak my mind, I did. There wasn’t a specific time or place where I wanted to fight for my people; activism has always been a part of my identity. I just needed the proper tools and opportunities.

As a rising star for indigenous voices and environmental issues, Quannah is truly leading the way for climate justice action in Alaska. And thankfully, she’s not alone in her mission. If you’re curious to meet other eco-influencers who are raising awareness and motivating real change, check out our other profiles here.