Your New Year’s Resolutions CAN Impact Our Climate

You faithfully recycle. Your collection of reusable bags is impressive. And you’d never think of running the water while you brush your teeth. Together, that’s a start on the 3Rs – reuse, recycle, reduce – to help lower your impact on our global environmental crisis.

An A to Z read on the science behind climate change is the landmark 2018 IPCC report – the UN Intergovernmental Panel on Climate Change. It represents the work of 133 contributing authors from 40 countries who assessed 30,000 scientific papers on climate and the future of Earth.

The report explains the urgency of reducing global warming, beginning now! The globe is likely to warm by 1.5°C between 2030 and 2052 if it continues at the current rate. With that comes related risks to health, livelihoods, food security, water supply, human security and economic growth.

These are all projected to increase with global warming of 1.5°C, according to the science, and increase further with a warming of 2°C. The most startling report revelation: what that half a degree difference means to the world as we know it.

“It may be the difference between a world with coral reefs and Arctic summer sea ice . . . and a world without them,” the report says about that half-degree. The expectation is significantly less impact on biodiversity and ecosystems at 1.5°C warming. That means lower impact on terrestrial, freshwater and coastal ecosystems and fewer lost species. It means reducing the rise of ocean temperatures, which reduces risks to marine environments and fisheries.

Bottom line: no time to waste! It will be a Herculean personal and collective challenge to keep global warming to a 1.5°C increase. In fact, the IPCC report says we’ll need to cut global emissions by about 45 percent by 2030 (compared to 2010 levels).

Understand the impact of your actions. Human activities are emitting some 40+ billion metric tons of carbon dioxide every year. The average carbon footprint in the U.S. is 16 tons, one of the highest rates in the world. In the U.K. it’s about 10 tons. Globally, the average is closer to 4 tons. According to The Nature Conservancy , for the best chance of avoiding a 2°C rise in global temperatures, the average global carbon footprint per year needs to drop under 2 tons by 2050. 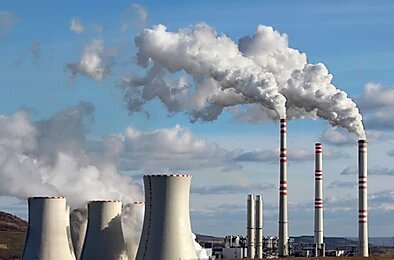 What exactly is your carbon footprint? It’s a measurement of greenhouse gases produced by the activities in your daily life, i.e., burning fossil fuels. The gases trap heat in our atmosphere, causing the planet to warm up, which changes our climate.

Your carbon footprint, therefore, measures the amount of potential impact your life has on the environment every day. Very simply put, reduce the greenhouse gases produced by your lifestyle and you help slow climate change on Earth.

There are a number of carbon calculators to measure your approximate carbon footprint, some more robust than others. An example from The United Nations .

Once you know more about what you do, don’t do, and can do to reduce your impact on our warming world, then you can take seriously a commitment to make meaningful changes – one goal at a time.

Plastics (and their microplastic offspring) not only pollute our oceans and present dangers to wildlife, but they begin as fossil fuels – oil, gas or coal. They are responsible for huge amounts of greenhouse gases during extraction, production and disposal, and cause all kinds of havoc despite well-intentioned recycling efforts. Want to know more? Check out this May 2019 report Plastic & Climate: The Hidden Costs of a Plastic Planet by the Center for International Environmental Law. 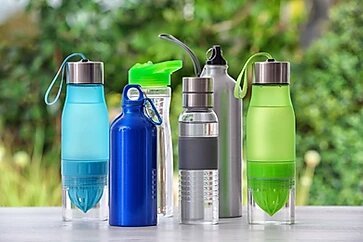 · Seek out eco-friendly containers and packaging.

· Have an alternative to single-use plastics like those offered for produce.

· Buy in bulk and bring your own containers.

· Ordering take-out at home or the office? Tell them to omit the plastic utensils. Take out the real stuff: use, wash, repeat. 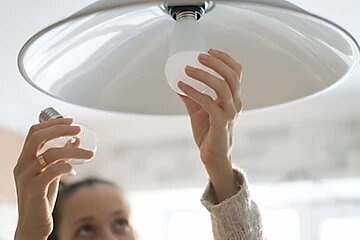 Buy less stuff! That translates to less manufacturing pollution, less transportation emissions, and less packaging. Living in a smaller space (because you have less stuff) uses less electricity (responsible for an estimated 10 percent of US total emissions), and less energy for heating and cooling (41 percent of energy use in US homes in 2019). Make an exception to this rule to replace traditional incandescent bulbs with compact fluorescent bulbs (or LED lighting), which use up to 75 percent less energy .

You aren’t going to give up your morning coffee, even if those beans have to travel thousands of miles for that favorite morning jolt. But you can carry a reusable cup, or ask for a “real” cup instead of a disposable one if you’re staying a while at a coffee shop. On other compromises, obviously you aren’t giving up your coveted electronics. You can, however, unplug them when they aren’t in use or charging.

Make purchases locally if and when you can, or at least closer to home. Buying only at big box st 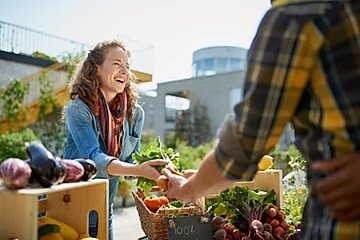 ores or online relies on moving products around, most often by fossil-fueled transportation, which, according to the Union of Concerned Scientists, accounts for 28 percent of the average Americans’ carbon emissions. If you have to drive to stores (rather than walking or public transportation), consider bundling your visits with stops in one part of town this trip and another area next time. Can’t commit to always shopping locally? How about every other week? Or better yet, once a month and buy in bulk.

What about the climate impact of meat and renewable energy, or the massive potential of energy efficiency in the built environment? The list is endless.

As you celebrate the arrival of 2020, simply be more aware of the urgency of reducing our effects on planet Earth. Make a few conscious changes at a time.

Resolve to start a new decade with sustainability steps that are, well, sustainable. Measure your carbon footprint on January 2nd and again on July 2nd. Then ring in 2021 with new additions to your personal commitment to the 3Rs+: Recycle. Reuse. Reduce. Repeat.

As French climate scientist Valerie Masson-Delmotte says, “Nothing is impossible when you build on collective human intelligence.”