The depths of our planet’s oceans are a mystery. In fact, more than 80% of our seas have yet to be explored, which means there exists a wealth of entirely new ecosystems still left undiscovered.

What we do know is that the oceans are extremely important for all species. They help us breathe, literally; the world’s seas are responsible for at least 50% of the oxygen on Earth. They also consume carbon dioxide. Nearly ten gigatonnes of carbon are transferred from the atmosphere deep into the ocean each year, which means they play a huge role in regulating climate change.

The deep seabed is also home to valuable mineral deposits. Unfortunately, large corporations and governing bodies are eager to rake the earth’s seabeds for mining metals and minerals on a vast commercial scale—which could have disastrous effects on the environment.

One such controlling body is the International Sea Authority (ISA), an organization that regulates all mining-related activities in the international seabed. And although their name might suggest they’re on the right side of environmental conservation, the ISA is actually more focused on the right to exploit marine resources than a duty to protect them. In fact, they’ve never rejected a license application for exploratory mining. Even worse, they’ve already begun to pillage our natural resources for profit, selling off some of the great wonders of the ocean floor to corporations eager to begin deep sea mining.

This is a grave mistake. Scientists warn that mining the ocean floor could destroy fragile marine habitats, causing irreversible destruction of our ocean ecosystems. 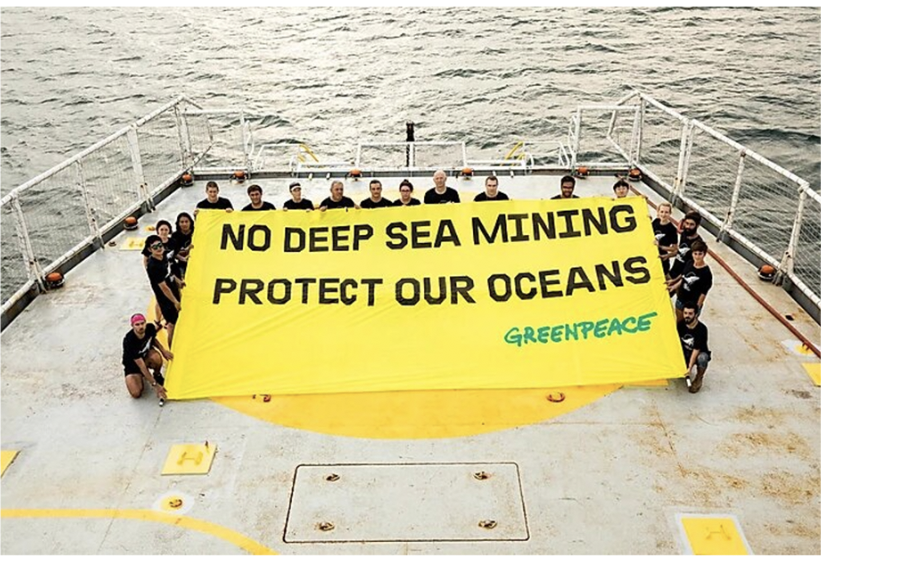 Thankfully, there are plenty of environmental activists and policymakers fighting to make sure that doesn’t happen. Among them is the International Union for Conservation of Nature (IUCN), a UN observer organization dedicated to overseeing and protecting the deep seabed from disastrous human activity. The government, civil society, and indigenous peoples’ member organizations vote on major issues to ensure that our actions benefit the health of our planet, rather than endanger it.

Currently, the IUCN is prioritizing Motion 069—a temporary prohibition on seabed mining, which will be voted on at their annual Congress meeting this summer. Here’s the lowdown on why Motion 069 is so important, and how the IUCN is working with the ISA to help preserve the conservation of our ocean floor.

The International Union for Conservation of Nature (IUCN), who seeks to protect the world’s seabeds, and the International Sea Authority, who aims to sell off the ocean floor to industries and corporations for deep sea mining.

The IUCN World Conservation Congress 2020 is focused on this year’s most important issue—Motion 069, which seeks to temporarily halt seabed mining.

The IUCN is providing the ISA with education and tools for biodiversity conservation as it relates to deep-sea mining. They’re also collaborating with scientists to communicate the impacts of ocean floor mining on microbial ecosystems and on deep ocean water column ecosystems. The aim of these efforts is to communicate the environmental risks of deep sea mining and reach a collective agreement for Motion 069.

How you can help:

With entire industries rushing to exploit our ocean’s natural resources, the fight to save them is more urgent than ever—which is why it will take a collective effort to stop them. If you want to be a part of the solution, we ask you to support a moratorium on seabed mining so we can learn more about its potential impact on deep-sea ecosystems. Sign up here to learn more about seabed mining updates