Where Does Your Candidate Stand on Climate Change? Know Before You Vote!

The effects and potential consequences of climate change are all around us, making it a key issue in the 2020 US presidential election. But how do the presidential hopefuls stack up against one another? To find out how each candidate intends to solve the environmental crisis, check out our climate change scorecards below. 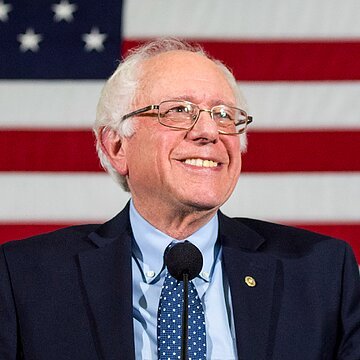 As the greenest ticket on the ballot, Sanders is a staunch supporter of the Green New Deal.

He’s committed to rejoining the Paris Agreement and reclaiming America’s leadership in the global efforts to combat climate change. His plan calls for zeroing out emissions from transportation and power generation for 100 percent renewable energy by 2030, and complete decarbonization by 2050. Sanders pledges to raise taxes within the industry, criminally prosecute fossil fuel companies such as Exxon Mobil, and ban fracking nationwide. 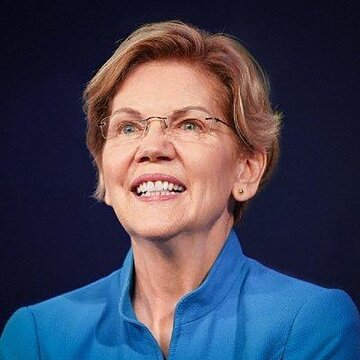 Warren vows that on day one in office, she’d issue an executive order banning all new fossil fuel leases, including leases for drilling, as well as fracking offshore and on public lands. Her ambitious Green New Deal demonstrates her commitment to a sustainable future, including a return to the Paris Climate Accord, methane regulation and vehicle emission standards, and a reversal of the Trump administration’s rollbacks of the Clean Power Plan. Her climate plan allocates $1.5 trillion for US-made clean energy products and $400 billion for clean energy research and development, in an effort to transition to renewable energy by 2035. 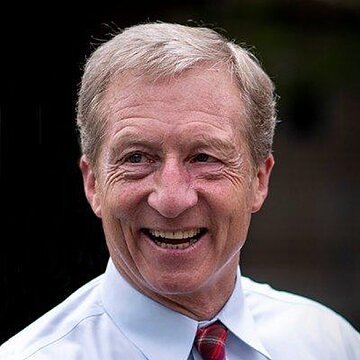 In 2013, the billionaire venture capitalist launched NextGen America, a nonprofit organization that supports progressive positions on climate change, immigration, health care, and education. Steyer is also a big supporter of the Green New Deal and radically opposes fossil fuel leases on public land. Under his climate plan, we would reenter the Paris Climate Agreement and cut fossil fuel pollution from all sectors by 2045 for a 100% clean energy economy. 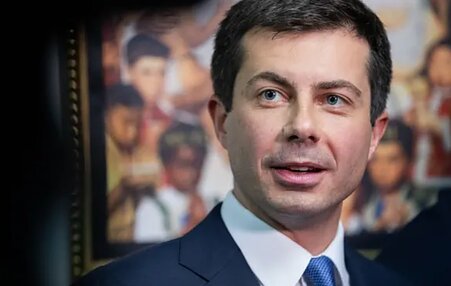 The Indiana mayor vows to halt fossil fuel leasing and subsidies to reach net-zero emissions by 2050. His Green New Deal plan includes a nationwide carbon-and-dividend tax, as well as a major direct investment to help double the amount of clean electricity generation by 2025. Buttigieg will also require zero emissions for all new passenger vehicles. However, his plans for carbon capture technologies—backed by the fossil fuel industry and denounced by environmentalists—could distract from more realistic climate-change solutions. 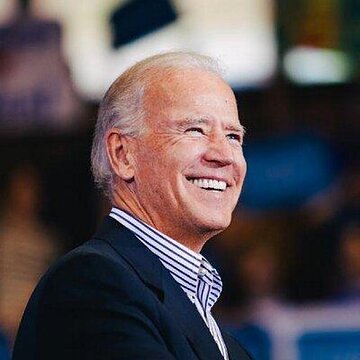 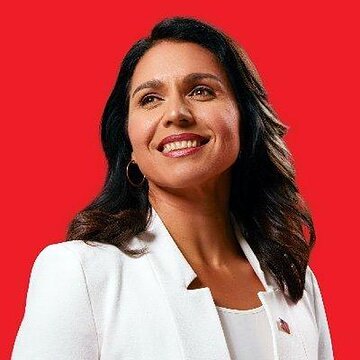 As a supporter of methane limits, vehicle emissions standards, and a total ban on fracking, Gabbard is committed to taking on the fossil fuels industry and securing a green energy economy. Her OFF Fossil Fuels Act details her plan to halt new federal fossil fuel projects and transition the US to 100% clean power and transportation by 2035. Gabbard claims to support the goals of a Green New Deal but has not proposed specific targets or a detailed plan to combat the climate crisis. 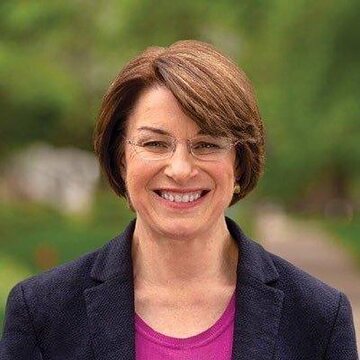 Klobuchar vows to sign the US back into the International Climate Agreement[2] on her first day in office. She supports ending oil and gas drilling on public lands and eliminating fossil fuel subsidies, with the goal of reaching net-zero emissions by 2050. Klobuchar also supports regulations on fracking and is open to carbon capture for fossil fuels as well as nuclear energy. She’s a co-sponsor of the Green New Deal proposal but believes it should be more aspirational than literal. 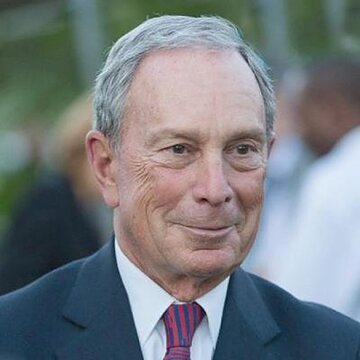 Bloomberg aims to propel the country towards 100% clean power, with the goal of halving global warming emissions within ten years. His climate agenda includes eliminating fossil fuel subsidies and halting drilling on public lands, as well as closing all remaining US coal power plants. However, Bloomberg has criticized total bans on fracking, and his stance on nuclear power is unclear. 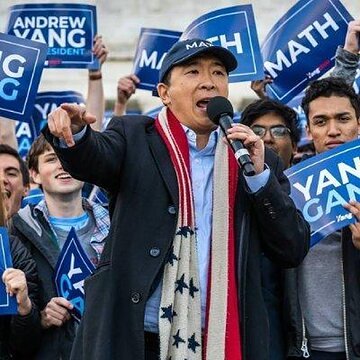 Yang vows to reach a net-zero emissions goal by 2050. His climate change plan is aspirational but also grimly realistic. He pledges to allocate funds to lessen the inevitable consequences of global warming, including grants for coastal residents to move inland, as well as infrastructure and disaster planning. He supports regulations on fracking, but his climate plan pursues nuclear energy, carbon capture, and controversial geo-engineering schemes.

Delaney is a supporter of halting fossil fuel leasing on public lands and implementing strong regulations on fracking. He advocates for vehicle emissions standards and methane limits but believes that a carbon tax is the first priority for cutting carbon emissions by 90% by 2050. Although Delaney vows to reenter the Paris Climate Agreement, he does not support a Green New Deal. He would maintain the use of nuclear power and says he supports the development of advanced nuclear technology, although not at the expense of greener alternatives. 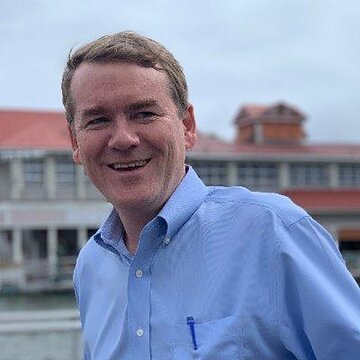 Bennet strives to reach zero emissions by 2050, promising a global climate summit in his first 100 days. His climate plan includes emissions control and protections for public lands. However, he’s supported the Keystone XL and other fossil fuel development, believing in natural gas as a “bridge fuel.” He has pledged not to take fossil fuel funding from corporate PACs, but he doesn’t openly support a Green New Deal. 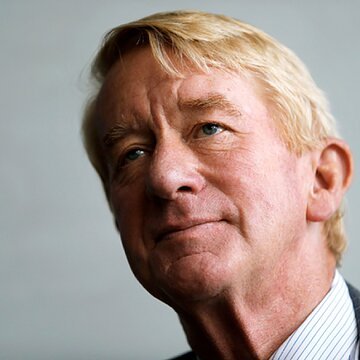 Weld emerges as the more climate-focused of the Republican candidates, believing that the US should rejoin the Paris Climate agreement and implement carbon pricing to reduce global warming emissions. However, he has condemned a Green New Deal and criticized Democrats for overspending on climate plans, in addition to supporting the expansion of natural gas. 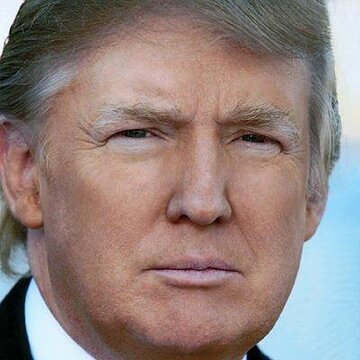 Current President Trump rejects the scientific consensus that climate change is caused by humans—and his actions and plans reflect those beliefs. He’s reversed regulations on energy suppliers while also auctioning off millions of acres of new drilling leases on public lands. He has also rolled back a number of previous regulations designed to reduce emissions, including Obama’s Clean Power Plan, as well as ordered the EPA to abandon prior vehicle emissions standards. Most concerning, Trump has attempted to cut the expansion of renewable energy in favor of oil and natural gas, and he even withdrew the US from the Paris Agreement entirely.

To start your own climate change, check out these simple 2020 New Year’s resolutions to help reduce your carbon footprint and contribute to a healthier future for our planet.