What if Deep Seabed Mining Destroys Our Best Hope to Cure Coronavirus?

Share
Copied!
As activists and scientists warn of the risks of deep seabed mining and its related effects on the ocean’s life support systems, biodiversity and the Earth’s climate, the international conversation is now moving to the potential loss of unique marine resources that could provide valuable answers for modern medicine, including how to tackle coronaviruses.

The question is: Are we willing to risk profit, in the form of undersea mining for rare precious minerals, over the probable loss of critical information and natural resources that could hold answers to all kinds of medical treatments, vaccines and cures?

With the future of deep-sea mining to be determined by an International Seabed Authority (ISA) treaty vote scheduled for July, and a global COVID-19 pandemic still altering our daily lives, the question has never been more critical. 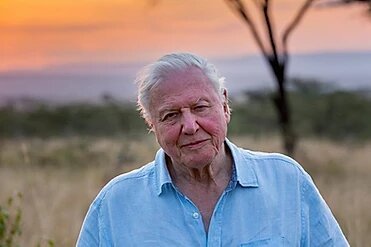 As Oceanic Magazine, Forbes and others reported among the month’s COVID-19 headlines, Sir David Attenborough, 93-year-old English broadcaster and active environmentalist, is urging countries to terminate plans to mine for minerals in the deep sea. His comments follow publishing of a report by Fauna & Flora International (FFI), which calls for a moratorium on deep-sea mining.

The report details evidence that the practice is likely to cause significant disruption to the ocean, its inhabitants, and its natural resources – much of which have not yet been identified, let alone studied for potential human, animal and climate benefits. Attenborough is a vice president of the FFI, which works to protect threatened species and ecosystems worldwide.

Scientists are looking to the sea for biological clues to disease prevention, management and cure from unique life forms such as rare corals and microscopic microbes found in the deep ocean floor. According to FFI and Attenborough, these are just a few examples of extremely valuable resources for modern medicine, including coronaviruses. 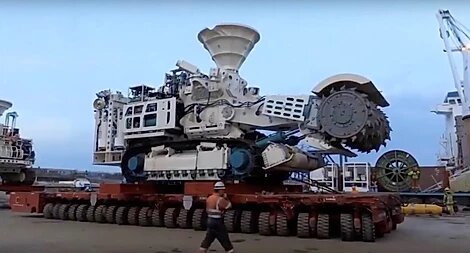 The FFI says deep-seabed mining should be halted until “exploitation technologies and operational practices are able to demonstrate no serious harm to the environment and no net loss of biodiversity.”

According to Forbes contributing author Nishan Degnarain, a protein from an ocean seabed algae found among coral reefs was identified in 2016 to be a potential inhibitor to a coronavirus known as Middle East Respiratory Syndrome or MERS. MERS is a close relative of the coronavirus responsible for COVID-19.

“This is just one of over 40 marine compounds that have anti viral properties and are undergoing pre-clinical and clinical trials around the world,” he reports.

About 50 percent of modern drugs have been developed from natural products that are threatened by biodiversity loss, according to a March 9 post by the World Economic Forum: How biodiversity loss is hurting our ability to combat pandemics.

In fact, more and more researchers are looking to nature-based resources for drug development that might result in new therapeutic options for many of today’s most prevalent diseases. And this pharmaceutical shift from synthetic biology to the utilization of marine-based compounds is even more important than ever, as infectious diseases increasingly become drug-resistant.

Compounds from marine sources are being tested to treat breast cancer and other tumor diseases, asthma and more. Some types of leukemia and non-Hodgkin’s lymphoma respond well to a treatment derived from a Caribbean sponge. For chronic pain, one extensively tested drug is based on venom from a Pacific cone snail. Its stingers can paralyze and kill fish and humans, so why not severe chronic pain? 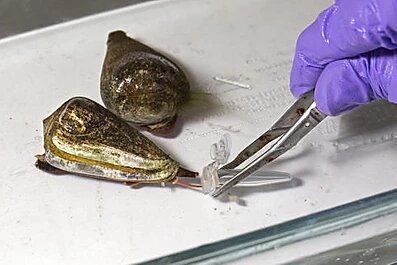 Currently on the market are two antiviral drugs rooted in marine product chemistry that dates back to compounds from a sponge isolated some 60 years ago. AZT fights the AIDS virus that causes HIV. And Acyclovir treats herpes infections.

The alchemy of marine resources is visible in treatments across medical disciplines, including Coronaviruses that have struck and killed before. As the urgent search is on for prevention, treatment and a cure for COVID-19, it’s a time to listen to the science of what is possible now and in the future – and what could stand in the way. 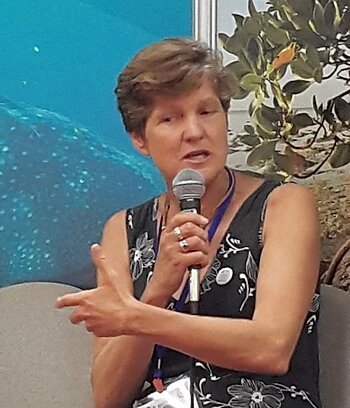 “The evidence we have gathered suggests it’s time to pause deep sea mining plans and reconsider our use of the ocean before it’s too late,” says FFI Director Pippa Howard. “From methane release to disruption of the ocean’s life-support systems and the destruction of unstudied ecosystems, the risks of deep sea mining are numerous and potentially disastrous.”

“The fate of the deep sea and the fate of our planet are intimately intertwined,” Attenborough says in the FFI report foreword. “That we should be considering the destruction of these places and the multitude of species they support – before we have even understood them and the role they play in the health of our planet – is beyond reason.”

The rush to mine this pristine, unexplored environment risks creating terrible impacts that cannot be reversed, he adds. “We need to be guided by science when faced with decisions of such great environmental consequence.”