Modern farming has two aims which often work in opposition to one another. Primarily, it is tasked with providing enough food to sustain a growing global population – one that is expected to reach nearly 11 billion by 2100.

At the same time, a rising tide of environmental awareness means that agriculture cannot place food production above all else. Will the industry put people or the planet first? Currently, there is plenty of evidence that agriculture could do more to improve its environmental footprint. Traditional farming practices are accompanied by many issues that are either directly or indirectly harmful to our planet.

The pressures placed on farming to feed us are significant. Today, roughly half of the world’s habitable land is used for agriculture, much of which has been claimed through deforestation. The industry also creates a huge drain on water resources, accounting for 70% of worldwide freshwater extraction. Chemical usage, waste and carbon emissions related to food transport also contribute to farming’s environmental impact.

The seed of an idea

There have been numerous suggestions for ways to improve farming’s green credentials – switching to an aquaponics system, adopting renewable sources of energy and encouraging individuals to eat less meat. However, more innovative solutions are also being explored – ones that would look to take farming underground.

Canada’s GreenForges designs and builds vertical farming systems that are sustainable and competitive by growing food in controlled environments below the surface. These farms could be underneath existing farms, allowing the land above to be used as part of reforestation programs or, perhaps more interestingly, below urban settlements.

“We believe that by carving a path for legitimate and scalable underground farming – we are reversing a destructive process that started thousands of years ago,” GreenForges’ Chief Executive Officer Philippe Labrie told The Oxygen Project. “When humans started cutting down trees and removing wildlife to make space for farming, this is how cities were born. We now use 30% of the entire surface of the Earth to grow our food – this represents 71% of the planet’s land area. Imagine how many species have disappeared because of this behavior throughout history.”

With underground farming, urban areas need not rely on rural ones for their food. GreenForges imagines a future where farms are installed under newly constructed buildings, providing the workers above with fresh produce, drastically reducing food miles. Simultaneously, the waste heat produced by the farms could be delivered to the building above, contributing to a circular economy.

The cream of the crop

While it may initially seem counterintuitive to move agriculture away from the sunlight and water sources it needs to flourish, replicating those inputs in a controlled environment underground can provide benefits in terms of yield. By using custom-built growing modules and energy-efficient technologies like reflective surfaces, natural ventilation and geothermal cooling, underground farms can still receive all the inputs that they need to sustain crops. An automated plant extraction system could also reduce labor dependency.

“By taking advantage of the underground controlled environment, food is grown all-year-round, regardless of weather conditions,” Labrie said. “It allows for increased predictability, revenues, and food security.” Crucially, an underground farming system could also be brought to parts of the world where agriculture is not currently possible. Where underground farms can be installed has little to do with surface conditions. This unique factor allows for potentially large and productive farms to be deployed in hostile environments such as deserts, tundra and mountainous areas. In this respect, underground farms may be able to bring economic, as well as food, security to environments that would once have been viewed as inhospitable or only able to sustain nomadic lifestyles.

Although the potential benefits of underground farming are substantial, so too are the technical challenges. Even with the stable temperature offered by underground environments, a lot of energy will be required to give plants the lighting they need, compromising the commercial viability of underground farms. Other financial considerations also need to be considered. 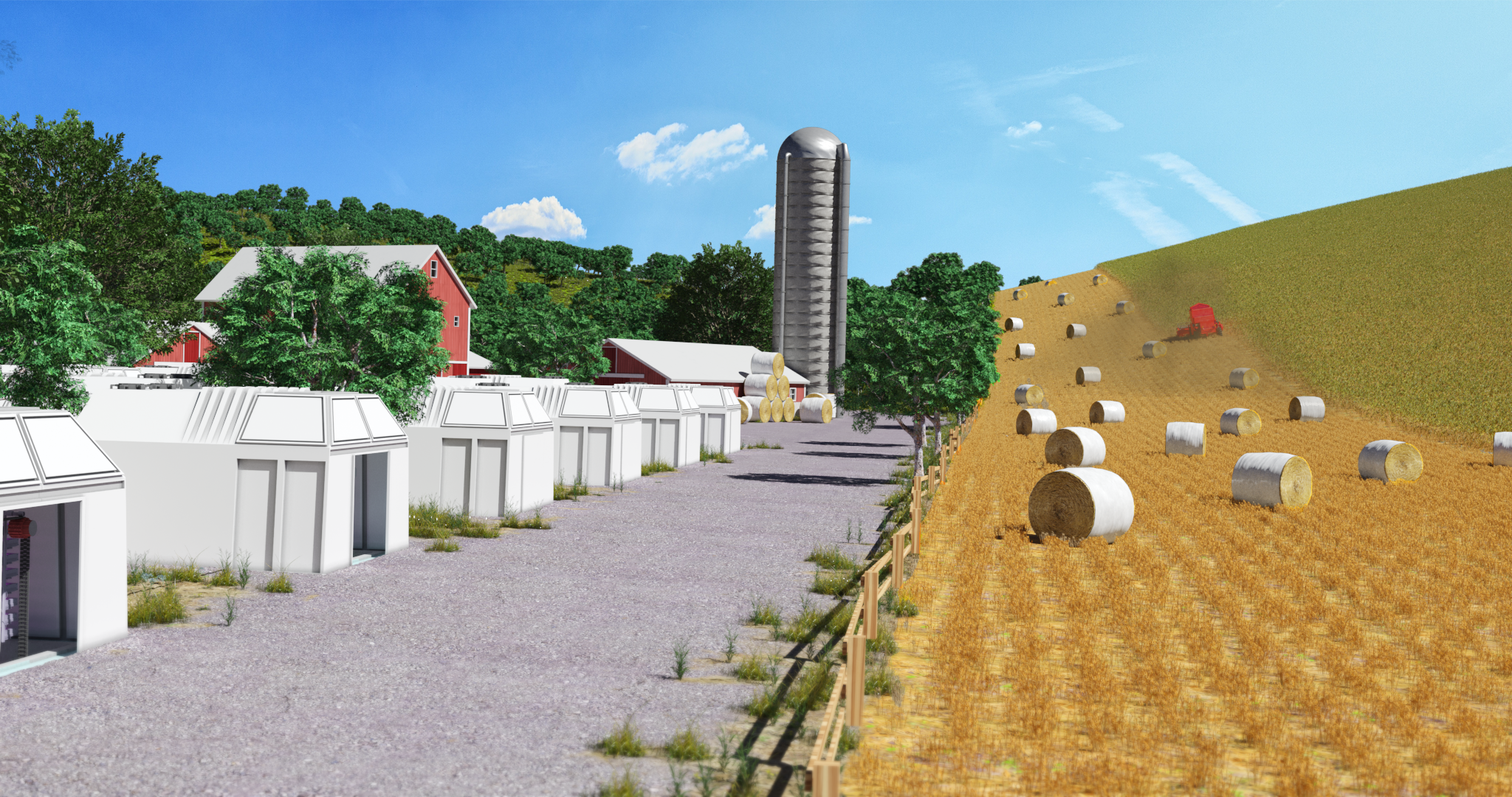 “Boring costs to create space underground rise exponentially with diameter size – and normal excavation equipment can’t go deep enough,” Labrie explained. “It is crucial to use existing affordable technologies in creative ways, as well as developing new ones. And, compared to above-ground indoor farms, extra attention has to be paid to making the workflow fluent and efficient when designing underground ones. Lower labor efficiency results in higher prices.”

Perhaps the biggest challenge facing the development of underground farming is one of perception. Are consumers ready to eat produce that has never seen the light of day?

“The main misunderstanding is that crops grown in an indoor environment are ‘not natural’, or ‘not healthy’,” Labrie added. “What needs to be communicated is that all crops need the right nutrients to fuel their growth, which can be reproduced through a proper setup. As a matter of fact, most people who operate indoor farms would argue that the lack of contamination from the outside, and the avoidance of pesticides, herbicides and fungicides makes indoor-grown crops healthier compared to what we usually eat.”

Innovative farming solutions are not new but the impetus for them has never been greater. By 2050, it is estimated that the world will need to produce 56% more calories than it did in 2010. For farmers to meet this demand with new land, they need to cultivate an area twice the size of India. This space simply is not available.

Ag-tech start-ups have explored taking farming to rooftops, abandoned shipping containers and old mines – but none of these solutions has the scalability of underground, vertical farming. It may take some getting used to, but as long as hygiene and safety rules are adhered to, consumers would come to accept produce grown underground, the same way that they now accept GM crops.

With the global population continuing to grow while the land needed to sustain it becomes increasingly scarce, farming underground could provide a sustainable solution worth digging a little deeper into.