Our House is On Fire 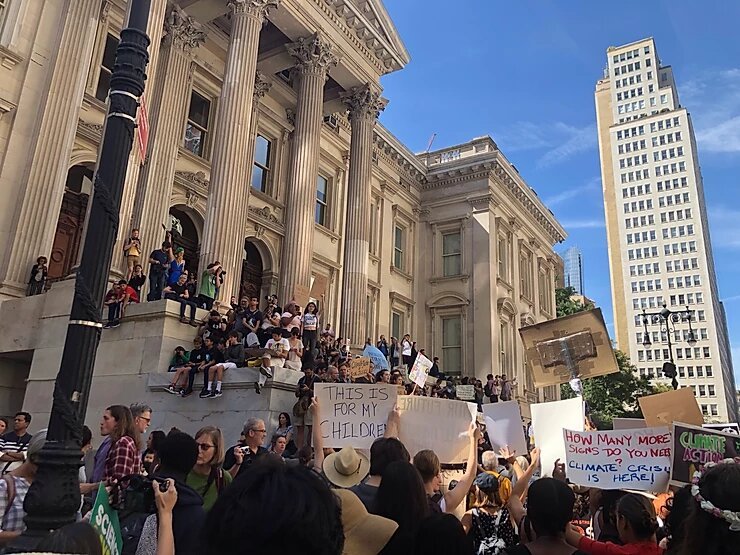 “I think we need another medic over here,” said Greta, interrupting her speech once again to point out that another audience member had collapsed from heat exhaustion.

“This is an emergency,” Greta exclaimed. “Our house is on fire.”

The crowd marched from New York City’s Foley Square to Battery Park, where they gathered to hear her speak. Her journey began much farther away.

Greta sailed from the UK across the Atlantic Ocean, a voyage that took 15 days.

Accompanied by her father, she rode through stormy seas on a zero-emissions sailboat to arrive in Manhattan ahead of the UN Climate Summit on Monday, September 23rd. She made waves as soon as she hit shore, from confronting Congress to fist-bumping President Obama. 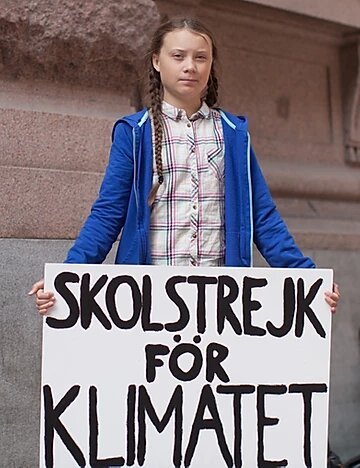 The ripples of her actions spread worldwide, cresting in a wave that began early in Australia, rolled across the globe, and flooded the streets of NYC as swarms of students skipped school for the Global Climate Strike.

“We are not just students skipping school, we are a wave of change,” Greta said to the young protestors. “Why are we studying for a future that’s being taken away?”

Greta began ditching class to call out leaders for climate inaction a year ago. Every Friday, she protested outside of Swedish Parliament, inspiring a generation of young activists to organize similar strikes. This “Fridays for Future” initiative spread everywhere from NY to Hong Kong, culminating yesterday, September 20th, in the largest climate strike ever– a coordinated effort of over 4 million people in 163 countries.

“We will make them hear us,” Greta promised to the roaring crowd of raised fists and protest signs.

The Global Climate Strike demands are as follows:

Transition to a green economy

Most importantly, they demand a safe future.

“Is that really too much to ask?” Greta urged. “Right now, we are the ones who are making a difference, if no one else will take action, then we will. It should not be that way, we should not be the ones fighting for the future, and yet here we are… Together, united, we are unstoppable. This is what people power looks like.” 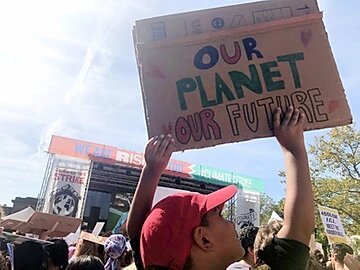 There will be another protest on September 27th, but all eyes are on the UN Climate Summit this Monday– even as Trump plans to snub the critical meeting– as we wait to see how world leaders respond to mounting pressure from the public.