When the fishing industry removes living sea creatures from waters to feed people, it all too often leaves something harmful in the waters. Discarded fishing gear, or ghost gear, is fouling oceans, lakes and estuaries around the world, destroying the very source of our seafood.

But many governments and private organizations around the world are finding innovative ways to combat the menace through recovery, prevention, education and recycling.

Nets, pots, buoys, lines and lures get lost in storms, dumped and tangled with other gear, turning seas into the world’s largest garbage dumps. Once in the water, ghost gear continues to affect fish, as seafood is caught in it. And 90 percent of the ghost catch is edible by humans. Abandoned floating gear also interferes with navigation. Even the Trump administration, not known for its environmentally friendly policies, acknowledges the problem.

“Current estimates indicate that there are more than 150 million tons of plastic waste in the ocean with another eight million tons added each year; that works out to a full garbage truck’s worth of plastic entering the ocean every minute,” Jonathan Moore, senior bureau official at the Bureau of Oceans & International & Scientific Affairs testified before Congress in July. 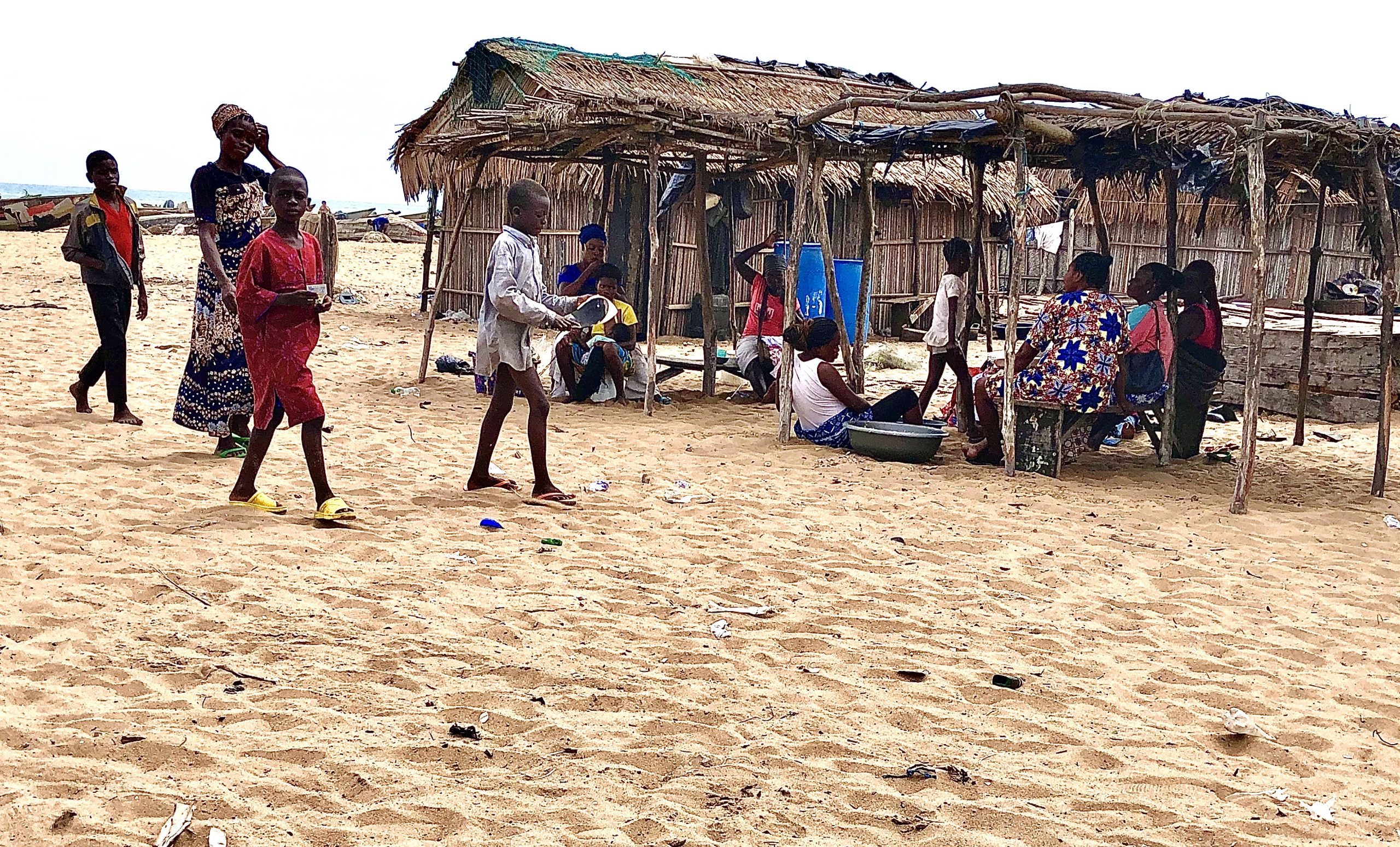 No one knows for sure, but the most recent studies indicate more than 650 million tons of gear get abandoned annually. Greenpeace last year estimated the haul at 640,000 metric tons per year enters the oceans – not counting lakes and streams. World Animal Protection (WAP), a London-based international non-profit, says “every year, more than 100,000 whales, dolphins, seals and turtles get caught in abandoned or lost fishing nets, lines and traps” and that the gear has reduced global fish stocks 10 percent.

The administration, though, wants to emphasize free market solutions, such as connecting financers with innovators to develop more environmentally friendly fishing techniques and making recycling profitable. But the administration also officially joined the Global Ghost Gear Initiative (GGGI) in July, a five-year-old coalition of 15 other nations and 85 companies and associations.

Overseas, NGOs and governments are innovating. WAP and several partners in 2019 began giving the Joanna Toole Annual Ghost Gear Solutions Award. In 2020, the award went to Nigeria-based Stand Out for Environment Restoration (SOFER) to work with coastal communities. SOFER’s tasks include raising awareness from government and communities.

“These are not issues people pay attention to in Africa, basically,” Director Emmanuel Sofa explains. “When we try to educate people on the importance of ghost gear, it is hard for them to understand it is the highest cause of ocean pollution. It is even a struggle to even get the government to see it.”

SOFER is putting together a “hubnet” to collect ghost gear, clean it and create a craft center so women can make bracelets and artwork out of it. It plans to pay fishermen to return the stuff. The COVID-19 crisis, however, has delayed these plans, as well as workshops for fishermen and expansion from Nigeria into Ghana and Cameroon.

SOFER’s supporters include Fisheries & Oceans Canada through its Sustainable Fisheries Solutions & Retrieval Support Contribution Program (aka the Ghost Gear Fund). Canada has just become the first nation with a grant program specifically for the problem. It pledged to spend $26 million Canadian dollars ($19.73 million US dollars) over two years on both Canadian and international projects.

Another Canadian grant went to the Ocean Conservancy, administrator of GGGI, which plans a variety of projects, including roundtables on getting governments to make international science-based decisions and developing guidelines for the private sector. The events will have to be done virtually because of COVID-19 and “reaching fishers in developing countries is a challenge,” GGGI Director Ingrid Giskes notes. Another GGGI project involves marking fishing gear so it can be traced back to its source.

Though America only officially joined GGGI in July; US agencies, including the State Department and National Oceanic & Atmospheric Administration (NOAA) have been working with GGGI since its inception in 2015. Joining “will set the scene for more,” Giskes says.

GGGI is working in Jamaica and Granada on a multi-pronged project, including placing facilities in ports to collect and recycle lost and worn-out gear. Through interviews with fishermen, GGGI will try to determine where ghost gear is most likely to be found and retrieved. The project is developing an app to report lost gear. Another technological innovation the project is developing involves signal emitters on buoys and gear (a la airplane black boxes) so they can be located if lost. 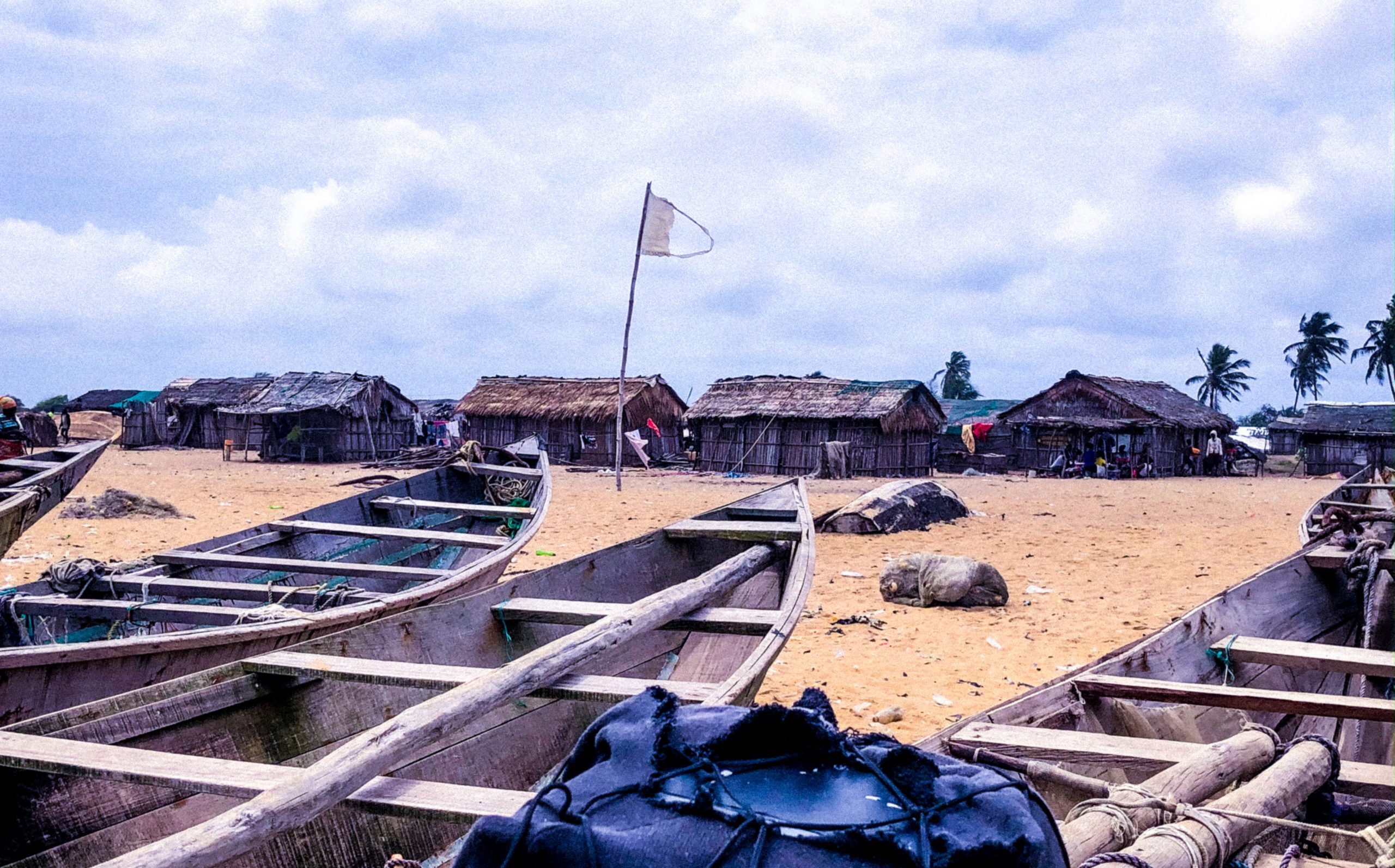 And the project is getting the insurance industry to help. The project aims to lower gear premiums if piscators show they are following best practices. GGGI plans to expand to a third Caribbean nation but isn’t sure yet which, Giskes says.

Back in the USA, NOAA has been supporting some domestic projects. It funded, for instance, an on-going project to remove ghost gear from Tampa Bay in Florida. Local non-profit Ocean Aid 360 and partners sponsored a series of Ghost Gear Rodeos, competitions to see who could remove the most abandoned gear, “like a local fishing tournament but for something else,” explains Ocean Aid 360 President Neill Holland. Six rodeos removed more than 15,000 pounds of junk, largely crab traps, Holland says. Those who removed the most ghost won prizes such as rods and reels, sunglasses and guided fishing charters. But Holland estimates 10,000 more crab pots lie at the bottom of the estuary. Ocean Aid 360, meanwhile, received foundation money to expand the rodeos to Florida’s East Coast.

NOAA in August awarded several retrieval grants, including one to Coastal Bend Bays & Estuaries Program, Inc to use volunteers to remove crab traps from the Texas Coast and work with local commercial crabbers to reduce trap loss. Among other projects, NOAA also is providing funding to the Ocean Conservancy and Gulf of Maine Lobster Foundation to remove and recycle gear in the gulf and work with lobstermen to control and report gear loss.

NOAA told us it has previously funded 165 marine debris projects that removed more than 18,800 metric tons from coastal and territorial waters. NOAA plans to release an evaluation of its 2016-2020 Strategic Plan as well as release a 2021-2025 plan later this year.