How AI and Drones Boost Conservation of Farmland Birds

Across Europe and the world, farmland birds are in steep decline. According to the European Commission, the EU’s common farmland bird population declined by almost 17 percent, compared to four percent of all common bird species between 2000 and 2018.

Threats to farmland birds include hunting, loss of habitat and modern agricultural practices. The issue is particularly urgent in the EU where machinery including plows and tractors destroy precious ground nests.

Among the impacted species is the northern lapwing (Vanellus vanellus) – an elegant black and white bird with a glossy green underbelly and a distinctive long wispy crest. After wintering in western and southern Europe, these pigeon-sized shorebirds migrate to Finland in the spring to breed in arable fields.

Edward Kluen, a postdoctoral researcher at Helsinki Institute of Life Science HiLIFE at the University of Helsinki, explained that breeding lapwings are somewhat resilient to tractor collisions, but only if they occur early in the breeding season.

He said: “[Lapwings] lay their eggs in a field and the incubation process takes about four weeks until the chicks hatch. Now, if a farmer goes onto the land and starts sowing, they will most likely destroy the nest as they run over them. If the birds are in the very early stages of incubation, however, they will have enough time and energy to breed again.”

But if the nests are destroyed when incubation is in the third or fourth week, the birds are unable to breed again that season, and their opportunity to reproduce for that year is lost, Kluen explained.

In 2018, a study was published in Biological Conservation by Kluen’s colleague, Andrea Santangeli, a researcher from the Finnish Museum of Natural History which is part of the University of Helsinki. Santangeli found that due to a warming climate, lapwings and curlews are also changing their breeding times much faster than farmers are anticipating their sowing times. The birds lay their eggs in fields that are yet to be propagated, which means they are likely to be harmed by farming machinery when sowing operations take place some weeks later.

Intensification of farming and rapid technical development in the last few decades also means that tractors are driving at much higher speeds, making it a lot more difficult for farmers to see the nests.

To find a solution to this problem, Kluen and Santangeli began experimenting in 2013 with ways to integrate technology, biology and agriculture. Kluen told The Oxygen Project that with no financing, they kick-started their first pilot project by borrowing equipment.

“We managed to get a thermal camera, which we put on a tripod,” Kluen said. “Then we bought some eggs from the store, put them in an incubator, and then placed them in the field just to see whether or not we could detect the nests on arable land using a thermal camera.”

The results were partially successful. The thermal camera could detect the eggs, but only if there was a clear view with no obstruction from vegetation. The biologists’ next idea was to use a thermal camera and a drone. After joining forces with John Loehr and being granted access to a drone and farmland, Kluen and Santangeli flew the drone over fields to identify lapwing nests. 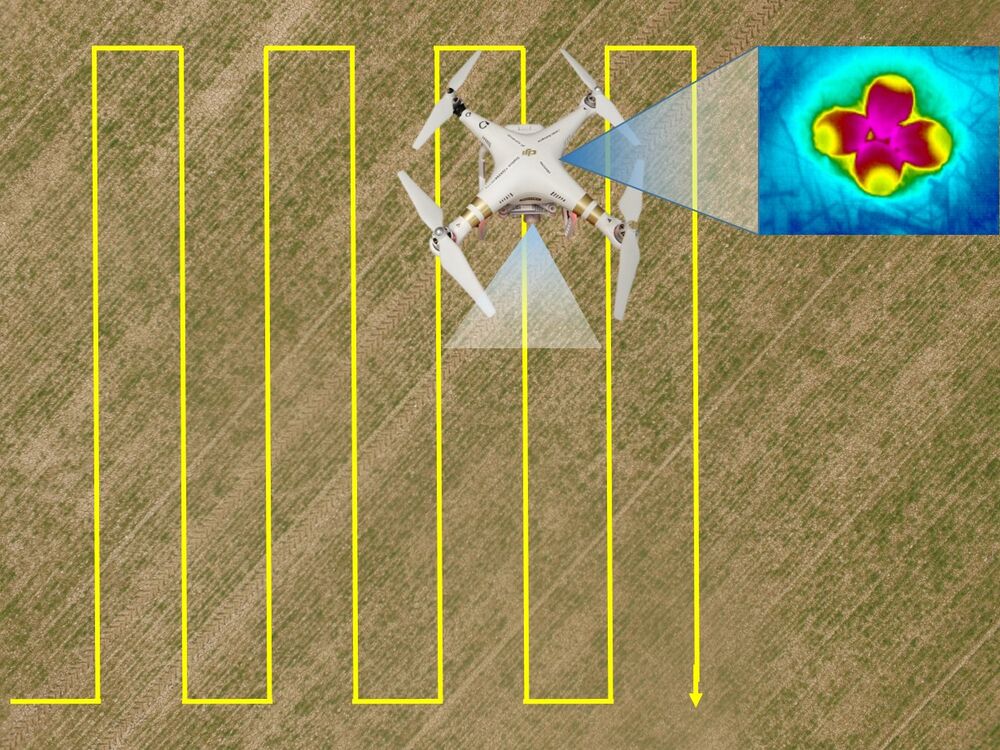 However, this experiment yielded a new challenge. The biologists were unable to sort through the thousands upon thousands of images that the drone recorded. Kluen said that they then had the idea of developing an AI program capable of detecting lapwing nests. Unable to build it themselves, the researchers turned to software engineers Raviteja Chirumamilla and Yuxuan Chen.

Between 2016 and 2017, Kluen and Santangeli, joined by two other biologists from the University of Helsinki, flew a drone equipped with a thermal camera over nine agricultural fields where 31 lapwing nests had previously been identified by experienced observers. The images were then fed into an AI algorithm designed by Chirumamilla and Chen to identify northern lapwing nests.

Published in Scientific Reports earlier this year, the results of this study showed how drone-borne thermal imaging combined with artificial intelligence could detect lapwing nests with a high probability. The researchers say that the study demonstrates the potential for this technology to be integrated into precision agriculture – a farm management approach that uses information technology such as GPS, robotics and drones – as a way of avoiding the accidental destruction of eggs.

Kluen said, for example, a small program detecting nests could be integrated into a drone, with farmers being notified of the GPS location of a nest via a signal in their tractor, enabling farmers to avoid destroying the eggs. The next phase is to test the system in different environments and with different species. The researchers hope that one day it will be fully integrated into agricultural practices.

Kluen said that this project demonstrates the importance of embracing technology and working across different disciplines to find conservation solutions. “It is very important that we all jump on the same train so that farmers can contribute to conservation in their everyday practices,” he added.

While this technology is no panacea for the multiple and complex threats facing ground-nesting farmland birds, it is a useful tool that the researchers hope will play a role in boosting the conservation of these struggling species.