1 week ago 4 min read
By: Monica Pelliccia
Colorless animals that look like ghosts. Obscure creatures glowing in the darkness with bioluminescence. Fauna in the deep-sea offers a gothic journey for our imagination. More than 2000 meters below sea level, most of the deep sea’s inhabitants are shrouded in mystery. Even though we barely understand these strange and bizarre lifeforms, deep-sea mining companies are aiming to extract cobalt, nickel, copper, and manganese from the ocean floor to build cell phones and electric car batteries.
Scientists have already started to evaluate the possible impacts of deep seabed mining, applying the precautionary principle to protect largely unknown biodiversity.
In the Clarion-Clipperton Zone, ecosystem loss remained irreversible for more than 26 years after a deep-sea mining simulation. “You can imagine deep-sea mining as an underwater bulldozer removing the seafloor,” explains Dr. Christopher Roterman, researcher of the Department of Zoology at the University of Oxford.
It yielded near-total faunal mortality in the area, removing seamounts, vents, and scattering eggs. Also to blame for the destruction was sound, light, and the dispersion of plumes, which created a sort of toxic dust cloud.
Here are five emblematic animals that will be impacted by deep seabed mining.

In 2018, the sea pangolin (Chrysomallon squamiferum) was the first animal listed by the IUCN as endangered due to deep-sea mining. It’s a hydrothermal vent endemic mollusk, the first of the other 14 vent species assessed on the IUCN Red List.
“The sea pangolin is currently found in five hydrothermal vents in the Indian Ocean, and four of them are inside waters with Mining Exploratory Licenses granted by the International Seabed Authority to organizations in China, India, and Germany,” explains Dr. Chong Chen, a deep-sea biologist who has been assessing deep-sea hydrothermal vent species for the IUCN Red List. “Due to the small size of the vents, any mining activity, even initial exploration, is likely to cause severe damage to the entire location. Dust and debris from the mining are likely going to cover the animal colonies, burying them.”
Sea pangolins have the largest hearts relative to their size in the entire animal kingdom, and an iron-infused armor has made them adapt to the high-temperature hydrothermal vents. “Once mining activity starts, Sea Pangolins are likely to simply go extinct at that particular location,” concluded Dr. Chen. 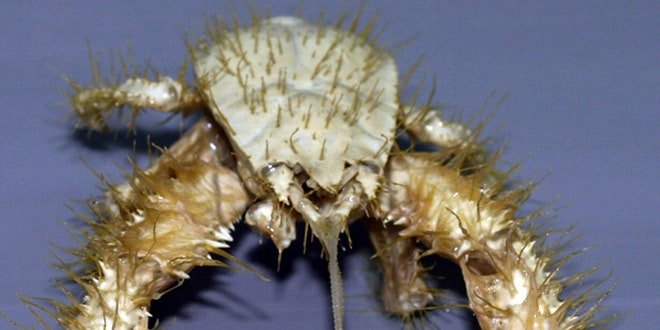 An abominable snowman lookalike, The Yeti crab (Kiwaidae) is an endemic fauna, mainly found in hydrothermal vents in the Pacific. They are colorless, full of hair, and covered in microbes that they use as food.
There’s more that’s unknown than known about this 40-million years old albino species.
“Unlike other species, Yeti crabs produce few eggs. They are among the most vulnerable in the deep sea. If they were moved away from hydrothermal vents they would just die,” declares Dr. Christopher Roterman, a researcher in the Department of Zoology at the University of Oxford, who has been studying yeti crabs for the last decade.“I will not be surprised that populations collapse as a consequence of deep-sea mining.” 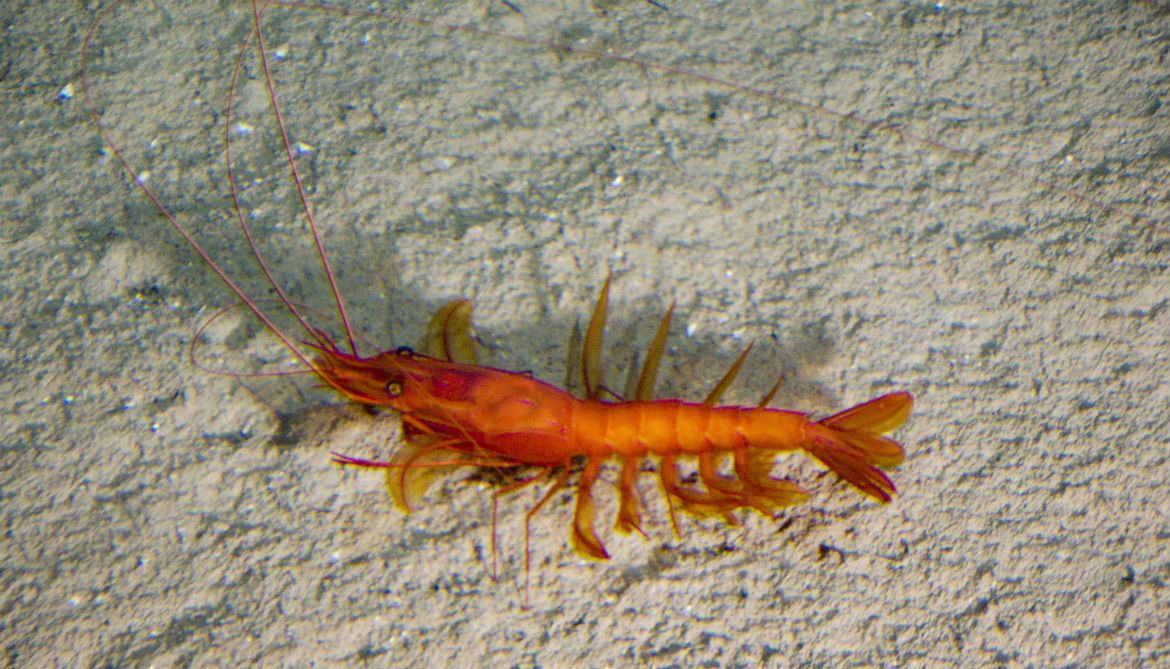 The deep-sea is completely dark, exposed only to bioluminescence. Abyssal fauna is not accustomed to the light emitted from deep-sea mining machines, and so they could be blinded by them.
That’s what happened to vent shrimp (Rimicaris exoculata), a snow-colored crustaceous found in hydrothermal vents. These shrimp see from a single eye on their backs, and, in the darkness, their retinas are sensitive to the temperature of hydrothermal vent radiations.
“Research has already demonstrated that their retinas could be damaged by deep-sea mining exploration. Currently, scientists are studying if the animals could survive and breed once they are blinded by light pollution,” says Dr. Jacopo Aguzzi, an expert in environmental monitoring technology and a researcher at the Marine Science Institute (ICM-CSIC) and Zoological Station of Naples (SZN). “We must be concerned about the possible domino effects pushed by deep-sea mining.” 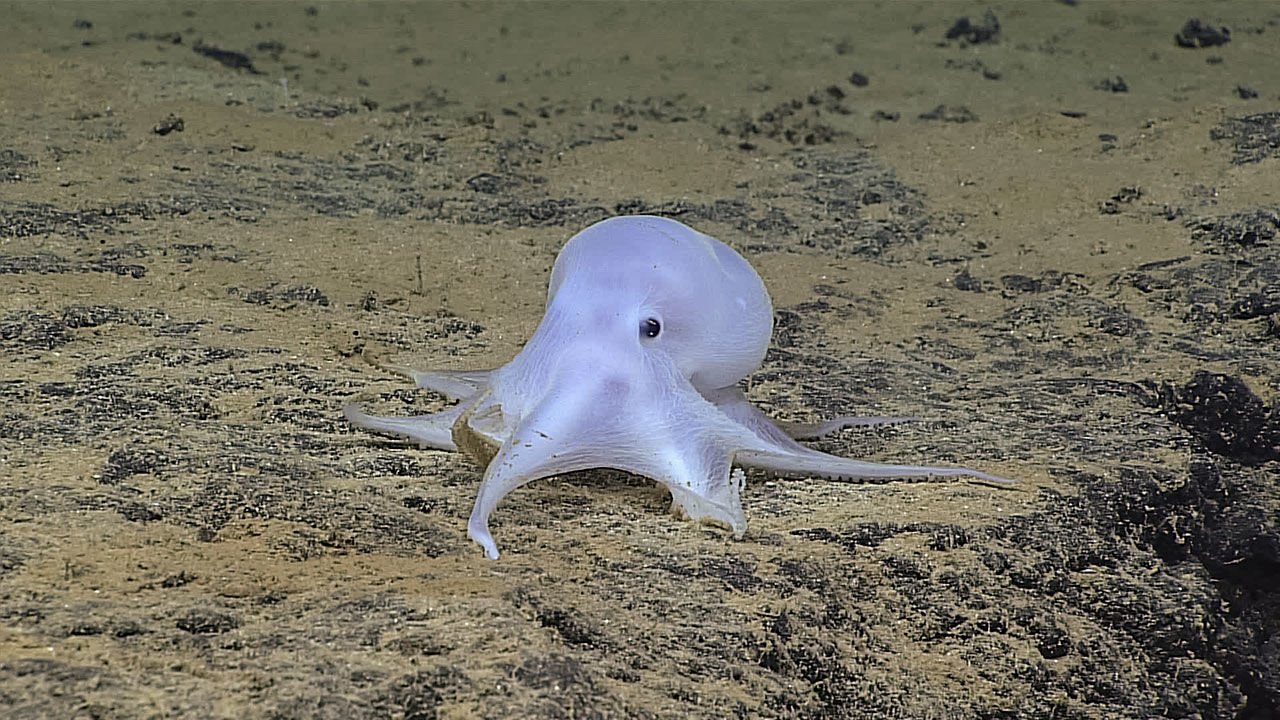 This underwater species is reminiscent of a balloon-like ghost floating on the seafloor with transparent suckers. The Casper Octopus (Incirrate octopods) was spotted for the first time in 2016 in the Clarion Clipperton Zone. It was discovered swimming 2.6 km deep off the Hawaiian archipelago – where the first exploratory deep-sea mining licenses were given – which is deeper than any octopod has ever been seen.
Casper will be one of the animals potentially lost due to their reproduction habits. “They attach eggs to a sponge stalk that is located on the polymetallic nodules. In deep-sea mining, if they remove nodules, Casper Octopus will have no chance to breed. Also, it may not be able to breathe or swim due to plumes,” explains Dr. Diva Amon, a deep-sea biologist of the Natural History Museum of London. “Five years ago we didn’t know about Casper – who knows what other species may be discovered – we don’t know that yet. Due to deep-sea mining, we could lose species before we even know them.” 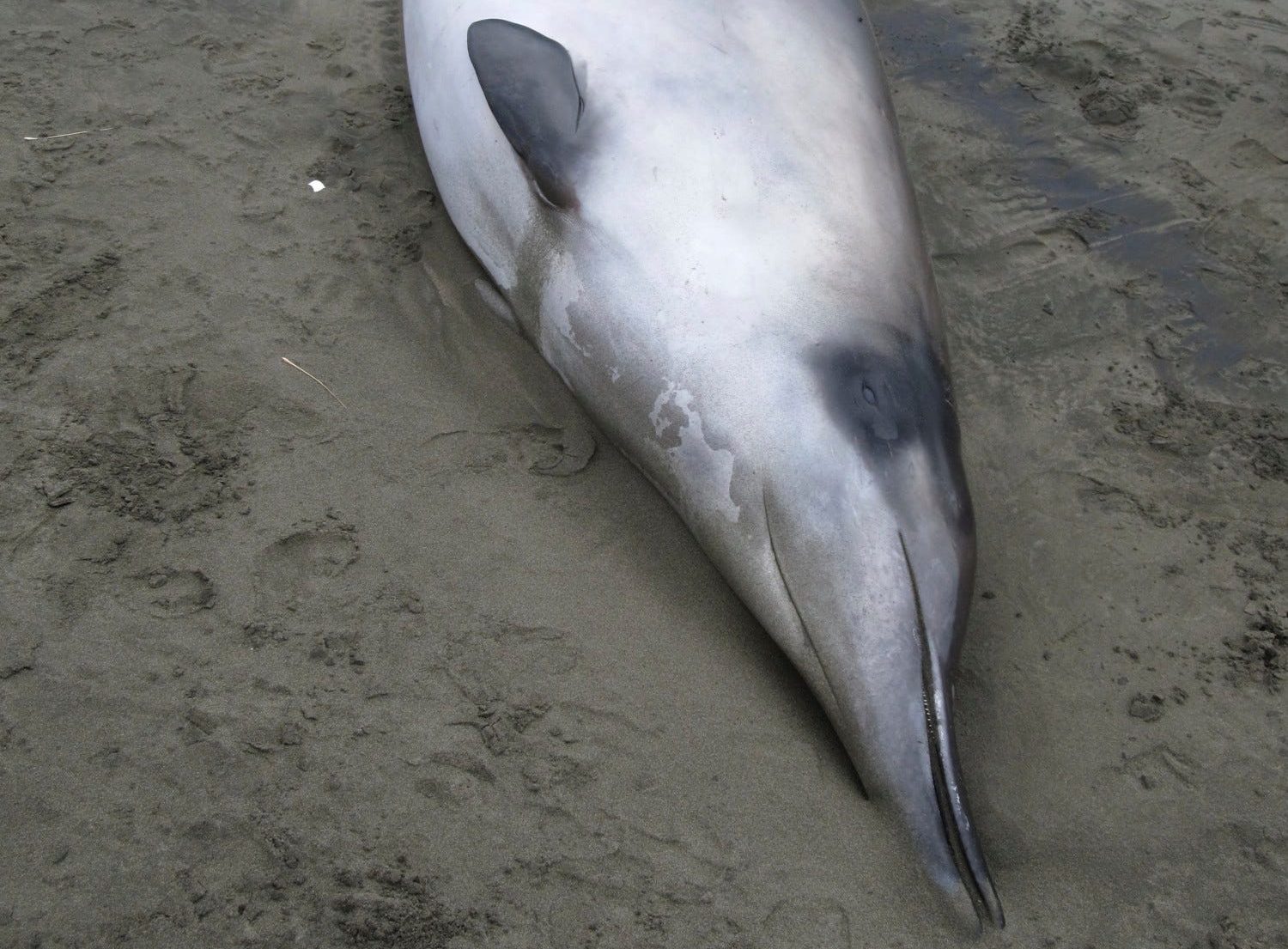 Spade toothed beaked whales (Mesoplodon traversii) are considered the world’s rarest mammal. So rare, in fact, that no one’s ever seen them alive. As beaked whales, they vocalize underwater for navigation with sonar.
“Beaked whales remind us of how little we know about the mysteries of the oceans: the deep-sea is a sort of black box,” declares Dr. Kirsten Thompson, Marine Scientist at the University of Exeter (UK), who has studied beaked whale genetics for a decade. “The ocean is getting louder due to the expansion of industrial activity and ships, which will only increase with deep-sea mining. I imagine that several commercial companies will work at once, which will create quite a lot of noise and movement of vessels. Beaked whales have a deep-sea diving routine, and they are highly sensitive to noise.”
Also, plumes from deep seabed mining could enter the food cycle of whales through pelagic food. “There are so many unpredictable impacts of deep-sea mining,” concluded Dr. Thompson. “More industries in this area will push these vulnerable species further into decline and won’t give them a chance to recover. We really need to rethink our interaction with the ocean.”