Eco-Warrior Profile: The Busiest Intersectional Climate Activist in the World

Some environmental activists are memorable. Tori Tsui is a worldwide traveler and leaves fond memories in the minds of those she meets.

I first met Tori last year during the Hay Festival in Cartagena, Colombia. Although she wasn’t officially registered as a speaker, I would hear her on the mic during the Q&A’s of every environment-related session, asking some of the most relevant questions during the event.

Her remarks were on point, connecting veganism with social justice, mental health with inequality. When I approached her, Tori introduced herself as “an intersectional climate activist” with interest in “dismantling toxic systems.”

A few days later, she invited me on board a gorgeous wooden vessel she would use to sail across the Atlantic Ocean for a climate conference in Europe. “It’s perhaps the wildest thing I’ve ever done,” she replied to us when asked about her most memorable experience.  “I was part of a think tank taking 26 European youth to the UN Climate Conference COP25. Living on board the boat was a feat, and I most certainly was not like a fish taking to water. That being said, endless seas and starry skies were utter magic. I’m an avid stargazer (I used to work in a planetarium as a stargazing tourer), so I would frequently look at various constellations and point out planets over the horizon. It was pretty magical and a wonderful way to escape the terror of the climate crisis.” 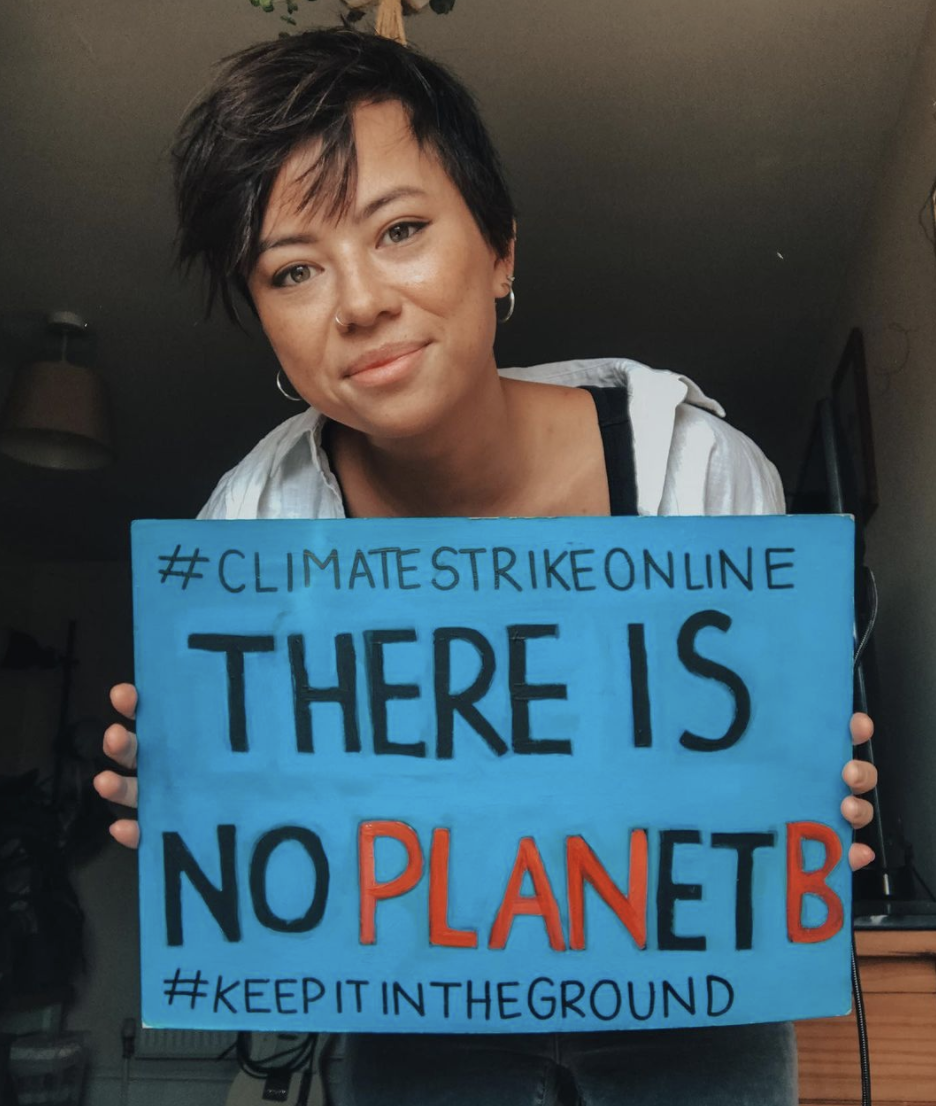 Although the return trip had to be postponed due to the global pandemic, Tori’s points were loud and clear: we need to support the alternative energy industries and empower the new generations. When she began doing activism, she suffered from eco-anxiety, disheartened by the lack of mobilization around the climate crisis.

“I’ve learned that being an activist is so much more than advocating for the physical environment,” Tori noted. “Environments are also social. To negate how they have an impact on our planet and people is problematic. After all, so much of the climate crisis is owed to systems of oppression and how they harm marginalized people.”

Every word from her mouth feels carefully calculated to be inclusive and comprehensive; the result of many years of researching and connecting with key stakeholders at both grassroots and high levels. Tori could easily sit down with an indigenous tribe or a C-Suite level board and treat them with the same respect.

“Compassion and collaboration for me are imperative, which also collectively tearing down the oppressive powers that hoard wealth and continuously exploit people and the planet,” she said when we inquired about her vision of the world as a global community, stressing that her objective is that “most marginalized voices are being represented and heard.”

How does one manage to act so diplomatically? Tori says that being a triple citizen (Hong Kong, New Zealand, and the UK) makes things complicated, but after five minutes of talking to her, one realizes it’s that global perspective and a multiplicity of experiences that give her that poise. It’s a pleasure to interlope with someone as well-informed as her. However, soak it all in as it might be awhile before you run into her again. Tori is a very busy woman with a hectic schedule (these days, she’s been working on a project called Climate Live, the first-ever climate concert, and writing a book), and saving the planet is top of her list.