The negative impacts of large-scale industrial agriculture have become increasingly apparent – especially in the context of the current climate, biodiversity, and health crises.

Fortunately, a growing amount of global attention is turning to alternative ways of growing food and managing land, which have lighter and more positive impacts on their ecosystems.

While approaches in this vein, like “regenerative agriculture,” “integrated fire management,” and “permaculture,” might seem like new buzz-words, a lot of the techniques they employ are actually very old and have been used by communities for centuries or even millennia to work with their environments in more harmonious ways. As growers across the globe turn again to these practices, it might make more sense to consider modern industrial agriculture something of a strange – if highly impactful – “blip” in a much bigger story about humanity’s ways of working with the world around us.

Here are five ancient practices that have been experiencing some renewed attention and enthusiasm in recent years:

1. Fire as a management tool

Images of burning forest and scrubland send many of us into an instinctive panic, and much of contemporary fire policy focuses solely on putting fires out as quickly as possible. But some ecosystems have adapted to thrive with intermittent fire, and there are a number of plants (such as eucalyptus) that cannot release their seeds without it. In Australia, for example, Indigenous peoples have lit fires for millennia as a way of managing landscapes – including mitigate the likelihood of hotter, wilder, and more destructive late-season fires by burning undergrowth when there’s less of it around and at cooler times of the year.

Under colonization, when Indigenous peoples were taken from their lands, “the pattern of fire in the country went from a very nuanced process to massive late-dry-season wildfires,” said Geoff Lipsett-Moore, Knowledge and Partnerships manager of Cape York Natural Resource Management.

In the last 15 years, however, Indigenous communities in the country’s Northern Territory have been collaborating with scientists and development organizations to reinstate some of these ancient practices – and this time, to claim carbon credits from avoided emissions in the process. “We’ve seen a significant increase in both managed areas and community incomes since we began this work in 2006, and a fundamental reduction in late-season burns,” said Lipsett-Moore. “It’s been absolutely transformative.”

Planting the same thing in the same place every year eventually depletes the soil of particular nutrients. Modern monocultural agriculture addresses this issue by loading soils with fertilizers and herbicides, making its yields extremely dependent on external inputs.

But since ancient times, farmers around the world have found more sustainable solutions: planting a series of different crops in the same place over a sequence of growing seasons. There’s evidence of ancient Near Eastern farmers interchanging their plantings of legumes and cereals in 6000 BC – a particularly effective combination because legumes “fix” nitrogen into the soil while cereals deplete it. There are even instructions in the Bible’s Book of Leviticus for the Israelites to observe a “Sabbath of the Land,” whereby the land is left fallow for one of every seven years.

Biochar is a fine-grained, highly porous type of charcoal that’s made by burning organic material in a low-oxygen environment. It’s currently growing in popularity among farmers, researchers, and environmentalists for its ability to improve soil structure and fertility, store carbon, and generate clean energy. Home gardeners are getting in on the action, too – see this article for how to make your own!

But biochar, too, has ancient roots – this time, in the Amazon Basin. Most tropical rainforest soils are nutrient-poor, but large areas of Amazonia are covered in fertile ‘terra preta‘ (black earth). “Terra preta” – a mixture of soil, charcoal, bone, broken pottery, compost, and manure – was bio-engineered by pre-Colombian societies as early as 500 AD in an effort to grow better crops. It was created by dressing the soil with biochar.

In 2018, scientists published new research revealing that pre-Colombian Amazonia was home to millions more people than previously thought, and experts believe that terra preta played a big role in helping its densely-populated settlements to thrive. 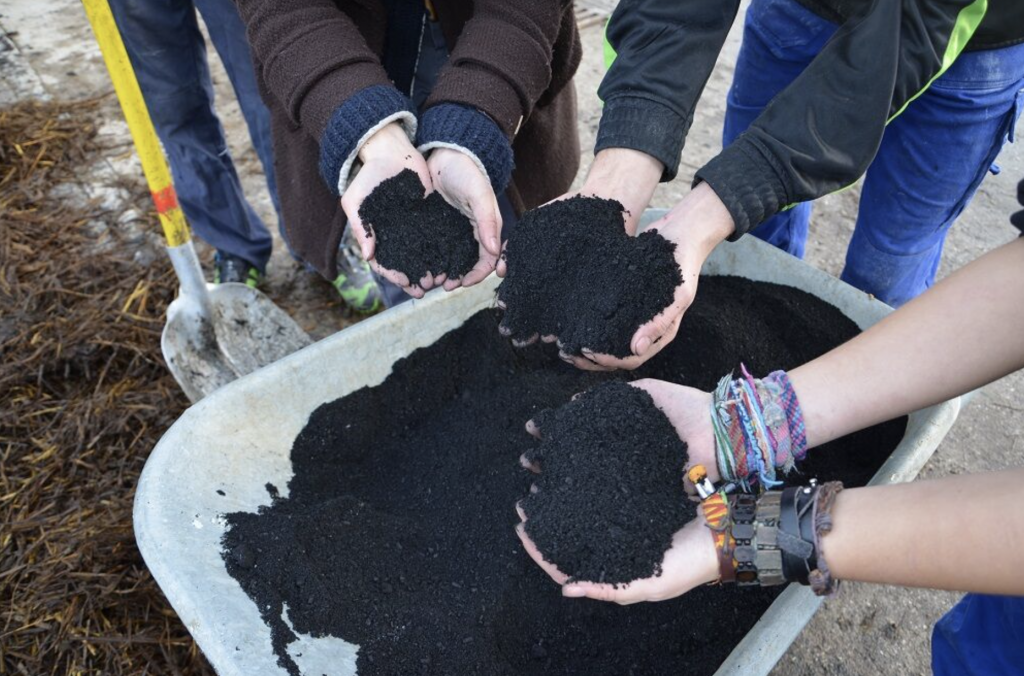 This one goes right back to the Stone Age – and likely further still. There’s archaeological evidence that farmers in what’s now Scotland used compost – that is, nutrient-rich decayed organic matter – to improve their soils as far back as 12,000 years ago. The Greeks and Romans were well-versed in composting and even used the heat generated from decomposing compost to produce summertime vegetables in winter. Shakespeare mentioned compost in his plays, and the United States “founding fathers” – and leisure-time farmers – George Washington and Thomas Jefferson were passionate about the practice.

Things changed rather notably in 1913 when a German company began producing synthetic nitrogen compounds, which could be used as fertilizer. The new soil enrichers were cheaper and less messy than making compost, so many farmers and companies made the switch: by 1950, only about 1% of the fertilizer used in the United States came from compost – down from 90% in the early 1900s.

However, the new fertilizers contained some hidden costs that have become increasingly apparent, such as negative health effects on humans and wildlife. Meanwhile, awareness has begun to grow about the environmental, economic and social problems associated with creating waste and dealing with it inappropriately. Now, composting is being revived at multiple scales – from tiny bokashi bins on apartment balconies to municipal-level industrial facilities.

5. Agroforestry: Often colloquially known as “forest gardening,” agroforestry is the practice of integrating trees, crops and/or livestock on the same piece of land in a way that mimics the structure of a forest – or within an existing forest. In such a system, the various plants and animals provide benefits for each other such as shade, humidity, protection from predators, and nutrients. 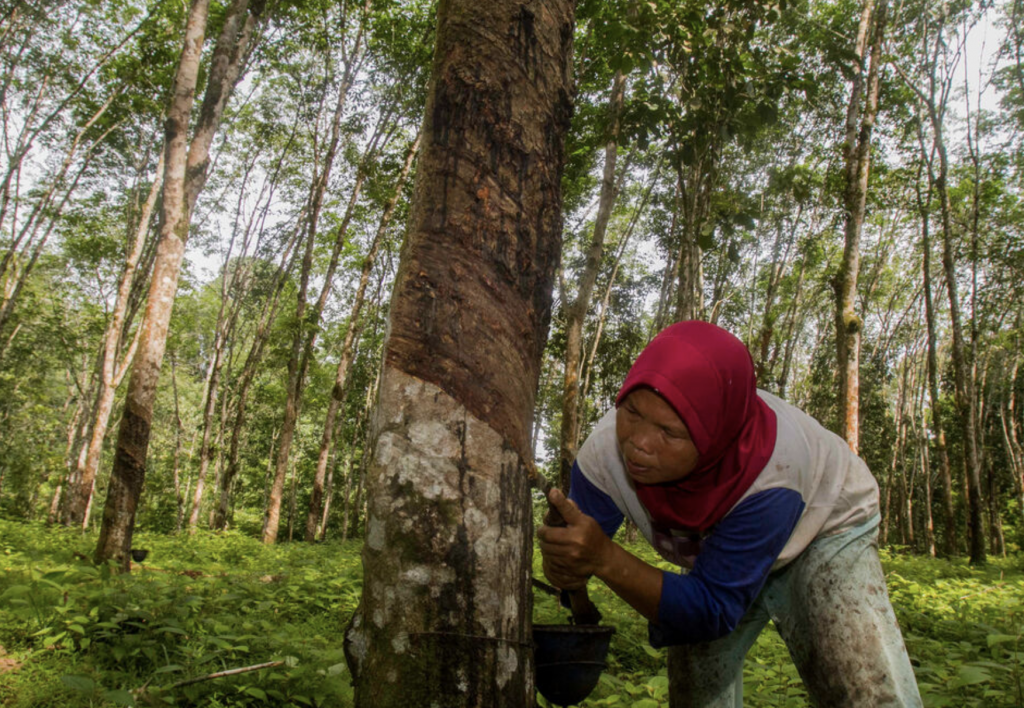 Agroforestry has been practiced in many parts of the world for a very long time. For instance, Indigenous groups in the northwestern Colombian Amazon use a form of forest management called “Chagra,” which is a system of holistic and reciprocal agroforestry processes that treats the forest, its resources, and its human and non-human inhabitants as an interconnected whole. It aims to maintain the existence of each through mutually-beneficial activities.

In recent years, agroforestry practices have been popularized particularly through the proliferation of shade-grown coffee and chocolate production, whereby the plants are grown under a canopy of trees. The practice – which is actually how both crops were originally cultivated – requires fewer inputs than full-sun cultivation, yields a high-quality product, and promotes wildlife habitat and biodiversity. While it’s less productive than conventional modern methods, this can often be offset by the decreased need for fertilizers and pesticides, as well as by price premiums for the final product.

It’s estimated that agroforestry currently covers over a billion hectares of land worldwide – an area roughly the size of Canada. This diverse, multifaceted approach is being heralded as a promising solution to mitigating climate change and helping farmers and communities improve their food security, diversify their diets, and adapt to changing climatic and economic conditions.